While this session may at first appear to be a traditional guitar (Bernard Falaise), electric bass (Alexandre St-Onge) and drums (Michel F Côté) creation by Montréal’s Klaxon Gueule, the addition of synthesizers and a computer means it relates as much to metaphysics as to music. That’s because programming alters the sound of each instrument, blending timbres into a pointillist creation that brings in palimpsest inferences along with forefront textures.

During the CD’s dozen selections, the trio members repeatedly prove that their mixture of voltage oscillations and instrumental techniques can create a unique sonic landscape that is as entrancing as it is expressive. 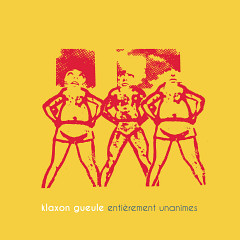 Entièrement unanimes
During the CD’s dozen selections, the trio members repeatedly prove that their mixture of voltage oscillations and instrumental techniques can create a unique sonic landscape that is as entrancing as it is expressive.

Find out more about Synergie et parasitisme by Dominic Jasmin, the most recent item added to our shop. 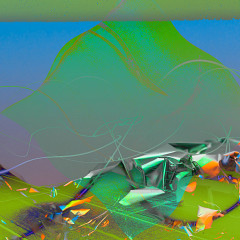 The work of Christof Migone has found its way to these pages quite a lot over a very long period and in almost all of them, there is a conceptual edge. There is also a whole body of work that didn’t make it to these pages, such as a series of seven 7inch records that he released between 2015 and 2019. This double CD contains a selection of those records, twenty-two tracks in total, out of thirty-five to be found on the original records. A quick look at the times for some of these pieces, going way over eight minutes, which is what normally fits on a 7” record, struck me as rather odd. These pieces, eleven in total, are re-edited for this compilation. On the website of Squint Press (Migone’s label), you can find a description for this project: “Normally, a record release celebrates the culmination of a recording project. Like a book launch, it marks the moment where a work leaves the artist’s hands and seeks an audience. Record Release is a project that reverses that process and includes the act of releasing as part of the recording process itself. Record Release involves using the raw material used to manufacture vinyl records which comes in small pellets. These lentil-sized bits of petroleum product come in this form because they are easily transportable and manipulable before they get melted and stamped with grooves of sound. This is a sound project which focuses on one of the standard physical support materials of sound and utilizes these tiny units of potential sound in a gestural manner to produce not only audio material but also images, video content and a slew of data related to the process of dissemination involved.” The blank record becomes the sound material and looking for a description of each of the seven records, you can read and see how it all worked; Migone’s website is pretty extensive in that respect. And two CDs filled with music to the maximum length is also something extensive. Migone works a lot with loops and repetitions of his sound material, which aren’t always to trace; at least, not from just playing them. His take on the whole notion of improvisation, musique concrète and electro-acoustics. While I found some of these pieces very good, or perhaps, the majority of them, I must admit that at one point I was pretty loaded with this kind of sonic information, with pieces becoming a blur; shorter pieces or one CD would have been sufficient for me, no matter how much I enjoy the music. 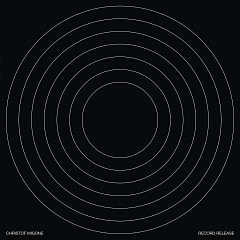 Record Release
… I found some of these pieces very good, or perhaps, the majority of them…

There have been many technical and technological innovations in music since 1945 but one of the most important aesthetic innovations has been in new ideas that focus on listening. Innovators like Pierre Schaeffer proposed the idea of reduced listening — an attitude in which sound is listened to for its own sake as a sound object, removed from its source. John Cage invited listeners to hear any sound as music. Pauline Oliveros encouraged listeners to actively experience all sounds through a practice she described as “deep listening”. These ideas all contributed to contemporary music’s focus on the experience of sound itself.

Alvin Lucier’s compositions and installations make use of sounds that are often the results of acoustic phenomena. His work focuses our attention and perception on the physical presence of sound interacting within a particular space. Performing Lucier’s compositions requires performers to learn to recognize, activate, play and interact with acoustic phenomena. The Quatuor Bozzini were clearly up for the challenge when they recorded Alvin Lucier: Navigations. The album opens with Disappearances, a piece that is a single note. That description may sound like it is minimalist to the extreme but to my ears it is a piece rich with development. You hear changes in weight and timbre as each string joins together in unison. The controlled motions of the string’s bows cause phasing and filtering of the sound. The tiny subtle changes in pitch causes beating which reveals pulsating difference tones. Each of these phenomena disappear into one another creating a feeling of movement and making the listener aware of the tiniest changes in pitch and timbre.

The album contains two realizations of Group Tapper, a piece that explores room acoustics by having the instrumentalists treat their instruments as percussion. The performers tap on their instruments in various places and reflect the sound coming from their instruments around the room. The recording engineer does a great job of making the room present on this album so that you can really hear how the group’s performance interacts with the room. Placed in between the two realizations of Group Tapper is for me the most striking piece on this recording, Unamuno. The piece was inspired by early twentieth century Spanish writer Miguel de Unamuno and it was originally written for voices. Unamuno is based around four pitches that are continuously arranged into different patterns. It has a probing and questioning kind of vibe to it. The Bozzini’s perform the piece with both strings and their voices. The result is absolutely stunning.

There is something glorious about Pal o’Alto. What I can’t work out is what it is. The album possesses that rare quality of featuring five players at the top of their game. This gives the album a feeling that is seldom felt and even harder to explain. Bob Dylan used to claim that his best music has “That thin, wild mercury sound” to it. It is unquantifiable, but when you hear a particular song you know whether it’s there or not. While Pal o’Alto sounds nothing like Dylan, or his “thin, wild mercury sound”, something is exciting about these four songs.

Each track is named after the players Thomson worked with. The most satisfying tracks are the ones where the styles gel and we are given a cohesive sound. Of course, this happens in all tracks, as does the opposite, but it is during Karen Ng where everything just clicks. Opening with shrill blasts and guttural rumbles Karen Ng meanders along. It doesn’t rush to get going because it has nowhere to do. It feels like the musical version of going out for a stroll in the afternoon, with no fixed destination. Just following your feet, and the pavement, and seeing where you end up. I listened to Karen Ng while I meandered back from the shops, taking an unexpected detour via the park and some back streets. As I leisurely made my way home Ng and Thomson traded lugubrious and curving blasts. There was a part around the halfway mark when Ng delivered a deep, long bass note. Over this Thomson was playing a lyrical motif. It really struck a chord and made my walk home in the bright, and oddly warm, spring afternoon incredible pleasurable.

At its heart Pal o’Alto is a tribute to Lee Konitz, who died in 2020 during the pandemic, but at the same time, it isn’t. Throughout you can feel Konitz’ presence but the songs aren’t inspired by him. They are in fact five friends playing together out of the love of playing. The music here has no real agenda, other than it was what was played that day. And this is what you get. Four performances were captured live by friends and lovers of music. This comes across in all the tracks and makes it hard to switch off after you’ve pressed play. So why don’t you sit back and get comfortable for 45-minutes and enjoy music made for the love of playing? 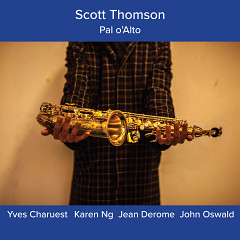 There is something about Vertical Squirrels that is hard to ignore. The music they produce is instantly memorable, regardless of whether it fits your tastes or not. The playing is always tight, and nothing is ever wasted. They just know the right notes to play at the right time. On their latest album Le gouffre / The Chasm this trend carries on, again, despite whether the music works as well as it should.

Le gouffre / The Chasm was recorded 23rd October 2019 at Silence in Ontario. It was recorded as part of the You Are ∴ I Am series. Vertical Squirrels had a residency and invited anyone and everyone to come and improvise with them. Le gouffre / The Chasm is the result of that. Throughout the album, especially on A Dewdrop on the Tip of a Blade of Grass in the Setting Sun, there is tenderness on display. The songs gently drift along. There are few moments of abrasive abstraction. Instead, the album is filled with wistful compositions that billow about like washing on the line. The playing is fluid. It isn’t rigid or brittle. Take All the World in Confusion. There is a blistering solo that lasts pretty much the duration of the song. It borrows so many cliché tropes from rock, but it doesn’t feel cliché. It feels the opposite. Vibrant and exciting. The solo is underpinned by elegant piano, sparse percussion, and throbbing bass, amongst other things. Eventually, the solo runs out of steam and gracefully drifts away. This is when the song comes into its own, as the backing instruments suddenly have a moment to shine. And shine they do. 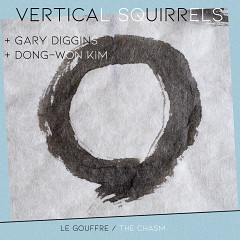 Le gouffre / The Chasm
The music they produce is instantly memorable, regardless of whether it fits your tastes or not.