Today March 4 is the birthday of:

We have added 3 items to our shop today:

Find out more about them today! 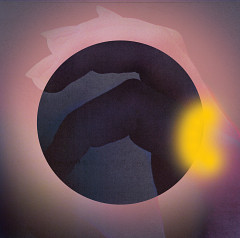 While listening to this new performance of Navigations, I was thinking about the earlier performance I heard, but somehow I don’t seem to be able to find that CD by Wergo. The actual title is Navigations for Strings, and this work composed by Alvin Lucier in 1991 and the closing piece of a five-part CD, as performed by Quatuor Bozzini. Lucier also composed the other four pieces and even while I have a considerable hefty book on my shelves from him, these compositions are not mentioned, so I am not entirely sure how they ’work’. As with many of Lucier’s compositions, there is usually conceptual reasoning behind it, a plan that is executed. It is interesting to know this, but is it essential for enjoying the music? Perhaps not. The title piece is the longest here and the opening Disappearances follows that in length; it also follows it in musical direction. In both of these pieces, the string quartet plays long, sustaining tones, with Disappearances being more ’in your face’ and Navigations for Strings more like an easy flow. There are two versions of Group Tapper, which is the group version of Tapper, for solo violin, but I assume now performed by the players of Quatuor Bozzini. Much to my surprise, this is a rhythmic piece, and I assume by using the bow as a mallet upon the surfaces of the violins, alto violin and cello. The longer of the two seems to be spacing out the intervals between the various ’hits’, and over its eleven minutes gradually be dying out. In the middle is Unamuno, “for four equal voices (1994)“ and this is an eerie piece of music. With the strings singing like ghostly voices, this is like the soundtrack for a haunted mystery flick. There are three pieces here that are ’textbook’Lucier pieces, sustaining, sine wave-like but entirely along with the sounds of real instruments, closely knit together and beautiful, plus two pieces that were quite the surprise, but of course, there then I reminded Silver Streetcar For The Orchestra, played on an amplified triangle and it all made sense. I just need to brush up my knowledge on Lucier again, I thought. This excellent CD is a perfect reminder to do so!

Alvin Lucier: Navigations
I just need to brush up my knowledge on Lucier again, I thought. This excellent CD is a perfect reminder to do so!