Joane Hétu is a vocalist and sax player, renowned on the Montréal free improvisation “scene”. Her Famille (AM 225 CD) is a selection of concert recordings made between 2009 and 2015; the Mercredimusics @ Casa Obscura series of concerts might be the Canadian equivalent of Company Week, dedicated to free improvisation. Certainly, the team-up-with-anyone spirit nurtured by Derek Bailey is alive and well in Canada, if these snapshots are anything to go by. There’s a long list of fellow improvisers on the sleeve here with which Joane has thrown down her vocal and woodwind exploits, including a few names we recognise, such as Pierre-Yves Martel, Philippe Lauzier, and Alexandre St-Onge. Not every track is an outright winner for me, but the subdued mysterious mood running through this album is very intriguing, and my preference is for those cuts which whine and drone exquisitely without anyone appearing to exert themselves very much. Joane Hétu’s sax work is adequate, her voice work is far more distinctive, and while her errant hooting may be an acquired taste her murmurs and pained squeaks are strangely satisfying, in spite of their minimal content. So far a picture emerges of Canadian improvisers being capable of far more restraint than you might find, let’s say, during an evening with Peter Brotzmann and Evan Parker. 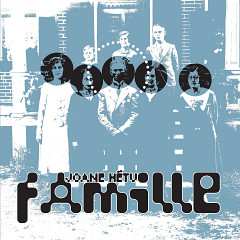