Philippe Battikha is a trumpeter who travels the Montréal-NYC axis and is a sometime resident of either city. In Montréal he has been a vital part of the improvised music scene, helping to set up a couple of spaces devoted to presenting this music. In this introspective yet, ironically, outward-looking solo album of original works featuring mainly Battikha’s lovely, open horn sound — grainy at times, at others a pure rounded shape, or an airy fancy — the lingering effect of the music is of peace. This is a soothing set of compositions/improvisations: even when they use archival street sounds of NYC, or noise loops, these serve as broad counterpoint to the lyrical gesture, with an effect similar to hearing surf on a nearby shore. Along with trumpet, Battikha also takes up the keyboard for some simple yet effective backdrops/accompaniments to his trumpet lines, and on two tracks he is joined by bassist Jonah Fortune.

The titles of the pieces strike me as humorous and seem at times a kind of Dadaistic compliment or contrast to the actual music. The first track, for instance, which sets a beautiful lyrical, meditative mood, is called Plantain. A quiet low-fi noise piece called Super 8 seems to allude to the rolling sound of film in a projector. A stirring piece by the name of Time for New Hands stands out due to its featuring a segment from a speech by Nelson Mandela, saying “It is time for new hands to lift the burdens.” A piece of wisdom amid a treasure of gems such as these glowing, warm and deep offerings from Battikha and his trumpet to the muse, inspired by the muse. 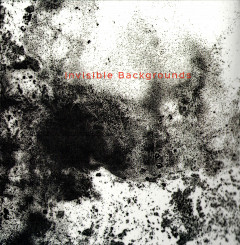