Subtle Lip Can is the trio of Joshua Zubot on mandolin and violin, Bernard Falaise on guitar, and Isiah Ceccarelli on percussion. All members of Montreal’s active improvised music scene, they came together as a trio in 2007, at the city’s regular improv showcase, Mardi Spaghetti. Reflective Drime is their second release, the follow-up to their fine 2010 eponymous debut, also on Drip Audio. As on that album, the music here totally belies any expectations which the instrumental line-up may create. In fact, it is occasionally difficult to attribute particular sounds to one of the credited instruments. In particular, the music often has a deep bottom end that is consistent with a bassist being present, although none is credited; it may be a treated guitar, although no treatments are mentioned.

Oddly, the Drip Audio website cites three eclectic comparisons for Subtle Lip Can’s music, saying, “The trio brews up a plethora of sonic phenomena that echoes Morton Feldman’s Triadic Memories, Art Pepper’s Wintermoon (more in the rhythmic sense), and melted melodic moments of Stravinsky’s Rite of Spring." If you are familiar with those pieces of music, try imagining that combination — the chances are that what you imagine will have few similarities to the actual music here; if you do not know the pieces, nothing here will help you. Instead, across ten tracks, totalling fifty-one minutes, we are treated to the trio’s own idiosyncratic improvisations which seem to draw upon a range of influences way beyond those listed above. In particular, there are occasional forays into the territory of heavy rock or industrial noise (“Shuffle Stomp") which belie the first word of the group’s name.

Although their music is clearly improvised, Subtle Lip Can seem to delight in kicking against the conventional norms of “improv". So, no track here exceeds eight minutes and the majority are nearer four. The tracks do not go in for extended explorations of an idea or theme, usually sticking with the initial soundscape with subtle (yes!) variations. Sometimes that seems a pity — for instance, the music on the longest track, “Rommer Chanks", is rich and complex, meaning the longer it continues the better it sounds; so It could comfortably have been extended to three times its eight-minute duration. By comparison, some of the shorter tracks feel brief and undeveloped, really going nowhere much before they end. Such quibbles aside, Subtle Lip Can have developed nicely in the years since their debut and are moving in the right direction. 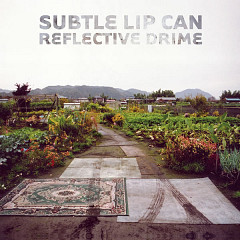