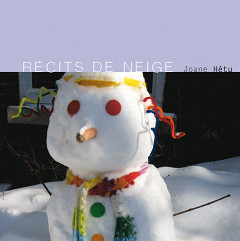 Récits de neige
… this time out her interests in storytelling, both musical and quite literal, are wonderfully evocative.