Released a few months prior to Across the Sky (Plunge, 2009) and, despite the two releases really representing one multifaceted debut, Geggie Project is the official first release as a leader from John Geggie, a bassist deserving far greater recognition. Geggie Project finds the Ottawa, Canada-based bassist, Toronto-based drummer Nick Fraser, and inestimable free improvising pianist Marilyn Crispell entering the realm of music as conversation. Given her more recent inward-looking proclivities, it wouldn’t be a huge leap to compare Geggie Project with recent Crispell trio recordings like Storyteller (ECM, 2004), but doing so only completes half the picture.

There’s no denying that Geggie Project leans towards a similar gentle introspection. Certainly Geggie’s seven compositions—comprising half the program and balanced with a series of collective trio improvisations—possess similar markers. The lovely I Wanted More is a rubato tone poem rivaled only by Across the Sky, performed with an understated sense of dramatic tension, with Geggie and Crispell in spontaneous counterpoint and Fraser creating delicate swatches of color.

Geggie’s playing has undergone some remarkable evolutionary leaps over the past couple of years—something clear those who have followed his annual Geggie Concert Series The National Arts Centre Fourth Stage—making it, perhaps, a good things that the bassist waited this long to record his debut as a leader. His confident pizzicato opens the record on Credo; when Fraser and Crispell do enter, the pianist responding to Geggie’s increasingly persistent lines with spare, dark lines and equally impressionistic voicings, the coalescence into form is soft but unmistakably visceral. The group takes just as much time finding its way to Run-Away Sheep‘s quirky form and barely predictable stops-and-starts, while on Or Not, the trio comes as close to swinging as it ever does on the disc; rather than its pulse being firmly defined by any one player, however, it’s built by all—lose one player and the entire forward motion would fall apart like a house of cards.

The seven improvisations peppered throughout the disc are as revelatory as Geggie’s writing—and what really takes this trio away from the ECM aesthetic. Far more angular, and with a drier sound that’s more direct, brief improvs like Ice and Meltwater and Weather Forecast skitter around with a purpose, while the more lyrical Réconfort and starker Entre chien et loup are the dictionary definition of the term “spontaneous composition.” But it’s the closing Bouclier canadien that proves this trio’s truest mettle, with Crispell’s jagged chords, Fraser’s Tony Oxley-informed controlled chaos, and Geggie’s harmonic-driven arco building, over the course of five minutes, a gradually intensifying crescendo of unexpected power and even rarer patience.

When a debut’s as good as Geggie Project it’s worth the wait. When it’s coupled with Across the Sky, it’s a powerful one-two punch that finally rights a major wrong, by providing some much-needed and well-deserved exposure for an artist who has remained a well-kept local secret for far too long. 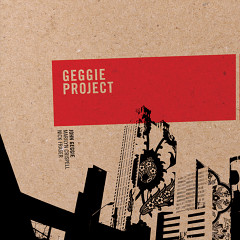