This studio meeting features the husband-and-wife duo Barnyard Drama (which has expanded to a quartet since these August 2004 sessions) and Vancouver experimental vocalist DB Boyko. All three also performed in Danielle Palardy Roger’s oratorio Bruiducœur, prières des infidèles, hence the Ambiances Magnétiques connection. So we have two marvelously crazy female vocalists (Boyko and Christine Duncan) backed by Jean Martin, who sticks solely to acoustic drums — in Barnyard Drama, he also plays turntables and electronics. Boyko and Duncan are highly compatible. Both are fond of onomatopoeias, characterization, and all-out wackiness with a sense of humor. In their own words, Idiolalla is an invented language disease. And you do get the feeling that something is wrong with them, although in this case two wrongs do make a right: the singers feed off each other’s vocal inventions, staging improbable plays in an alien dialect, with Martin punctuating moods and provoking new situations. The trio goes from pseudo-Inuit singing in bap to mock-Italian opera (funala funala coccino), to epic madness in the nine-minute soul sausages, which could almost be heard as a soap opera episode. The nakedness of the project occasionally feels like a constraint, the sound palette of the album remaining rather narrow, but fans of creative singing should definitely investigate. Just get also Barnyard Drama’s I’m a Navvy or Roger’s Bruiducoeur… for a fuller picture of these artists’ work. 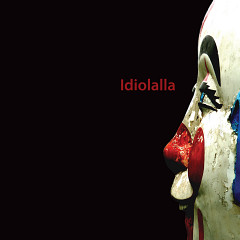 Idiolalla
… onomatopoeias, characterization, and all-out wackiness with a sense of humor.