On july 18, 2005 Berthiaume and Seino gave a concert at Big Apple, in Kobe, Japan. It is perfectly recorded and made available on this cd. And it was worth it. Because this duo offers some really innovating guitarwork that’s hard to describe. Both are unknown guitarists. Berthiaume debuted a few years ago with a cd with duets with Fred Frith and Derek Bailey. It was followed by a cd in trio format with pianist Quentin Sirjacq and sound engineer Norman Teale. Both cds were released by Ambiances Magnétiques. But of the two players Seino seems to be most experienced one. He has already several cds out, just explore the VOS catalogue. He had his own trio, and group and was engaged in numerous — mostly japanese — collaborations. Both are well-educated and very talented guitarists, and what is more important they are intelligent musicians who have something to tell. If easy listening and avant garde can go together, I would say this describes some of their improvisations, like the first part of track 6 or the solo piece by Berthiaume. Also the title-track is an excursion into spacious and echoing guitar-sounds that makes them more related to Frisell or Fripp-like soundscaping then to Frith or Bailey-inspired improvisations. But at other moments they chose for a very hectic, distorted and dynamic approach, like in the end of the title track. Although the cover makes no mentioning of it, it is evident that both have surrounded themselves with lots of technical and electronic devices. But the gentlemen are throughout in charge of what they are doing and deliver some very engaging music, true sonic symphonies I would say. 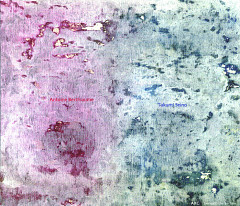 ARC — Beneath the Surface
Both are well-educated and very talented guitarists, and what is more important they are intelligent musicians who have something to tell.