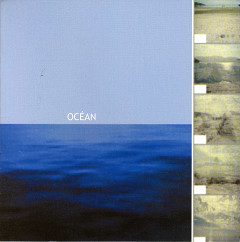 Océan pour la suite
… this CD will appeal to fans of electroacoustic Improv.