In September 2001, Queen Mab clarinettist Lori Freedman relocated to Montréal and quickly hooked up with the Ambiances Magnétiques crowd. The label released her first solo album in October 2002 (1999’s Huskless! on the Artifact label, featured other musicians on some tracks and consisted for the most part of contemporary compositions.) À un moment donné contains 13 improvisations on bass clarinet and B-flat clarinet. Her range of expression is commendable, encompassing Peter Brotzmann’s top-of-the-lungs flurries of notes and Wolfgang Fuchs’ delicately abstract dances. Without pinning her voice to gender, it must be said that Freedman brings a feminine essence to her instrument. Colour and melody win over sheer power or technique (which doesnt mean that she lacks anything in these categories). There is a swing and a tenderness in her playing that we dont find in her male counterparts, especially those from Europe. The album begins with Roofless, a riveting piece, the most high-energy number of the set. Her bass clarinet twists, screams and wails in your face, buck naked. Now that she has caught your attention, the improviser walks down softer roads, occasionally surfing the thin line between tone and texture as in the beautiful 2B2. Uglybeautétu is another powerful piece that evokes a primal scream, brutal yet essential. Sailor Bears sees Freedman stripping down her playing to focus on elusive notes squeezed out of her instrument’s highest register. This beautiful ending strengthens the intensity of the whole set. there is nothing easy about À un moment donné: the music relentlessly calls for your attention, stirring up your emotions in the process. It speaks to you: after the disc stops spinning you feel the need to grab an instrument and answer. 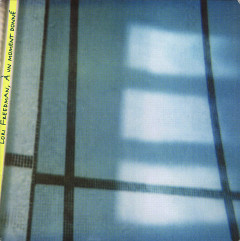 À un moment donné
It speaks to you; after the disc stops spinning you feel the need to grab an instrument and answer.