Two guitarists, two drummers, an open-ended improv setting: the potential for a long and self-indulgent blow out is pretty high, as anyone unfortunate enough to own the Metheny/Bailey fiasco The Sign of 4 will know. But this foursome— two Montréalers, two Vancouverites/— specialise instead in wriggly, pointillist, accretive improvisations made out of sonic flickers and blips and spurts thrown in the air like confetti. The results are like a user-friendly version of classic ‘70s scritch-scratch improv. The pacing is generally languorous — it’s never really in a hurry to get anywhere but always slip-sliding to some unexpected destination anyway — but there’s always plenty going on. Sometimes these guys get all epic on you, like the moody, ravaged guitar-scape at the end of the 18-minute Pink Crimson or the squalling conclusion to It Was Nice! But they can also sound like daft birds twittering in the rafters, or a cart with a squeaky wheel, or a lone guitarist noodling on Rockabye Baby. The palette is further varied on Oh My! with the addition of electronics — though I could have done without the inclusion of lengthy snippets from a pre-game radio sportscast — and there’s a nifty banjo and guitar encounter on Yes Happy Chew, sounding like a barnyard squabble between Bill Frisell and Eugene Chadbourne. The Unexpected One is a surprisingly relaxing experience: it’s pleasantly topsy-turvy music, a constant source of small delights and discoveries. 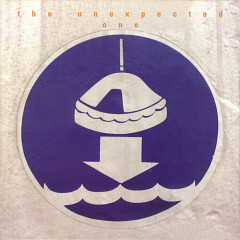