The International Festival Musique Actuelle in Victoriaville, Quebec, specializes in bringing together disparate artists, including some who have never collaborated before. Such was the case with the 2001 concert headlined by Montréal multireed player Jean Derome and France’s Louis Sclavis.

The quartet’s opening Tu dis tout de travers finds Derome and Sclavis’ dueling ferociously a la John Coltrane and Phaoah Sanders. Sounding more like a fiery encore than an introductory dialogue, the high-velocity workout is the free-jazz equivalent of two guitarists meeting over familiar 12-bar blues changes. The following three Derome compositions, which flow together as a suite, offer welcome change and find the musicians listening closely and responding. Beginning with a pair of jew’s harps over Bruno Chevillon’s dark arco playing, Le baiser becomes an exercise in textural composition and juxtaposition. L’Errance and Pas à Pas” continue the pattern of textual manipulation, with both rising to strong, bass-driven conclusions. Chevillon also sets the tone for much of Sclavis’ Suite pour un bal, particularly in the middle section, which turns on feedback and a ponderous bass line that wouldn’t be out of place in a metal band’s power ballad. 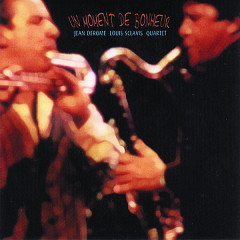