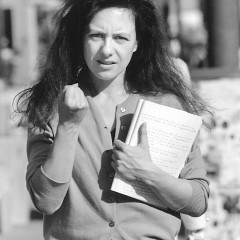 Geneviève Letarte
Her musical career is only one of many facets she has integrated to her art.