Similarly, St-Jean uses sampling techniques in his music on, but his approach is oriented more toward spirited forward movement and tess with special effects. His quintet displays a bold attitude and exhibits a lot of brawn in navigating through nine of his compositions and two by band members. St-Jean builds his repertoire around his robust trombone playing and the interplay with the reeds of Labbé. Adding wattage to all selections is a boisterous rhythm section featuring guitarist Falaise. The music has intensity and volume, kicking into high gear at the start and rarely showing signs of downshifting. The group creates a carnival atmosphere through its highly amplified antics. It sports a rock-infused Jazz attitude with playful similarities to the raucous music of Gianluigi Trovesi.

St-Jean’s band is a true collective. All players share in shaping the muscular identity of the band. Power drive is fueled by the power drummer Leclerc who plays with a heavy backbeat and throbbing put sation. He propets at a nonstop pace while the band builds in ever-increasing dynamic increments. Bassist Babin takes on a simitar rote. Onty infrequent y are individual soloists featured. The songs are written as collective expressions of mass commotion, and att five players adhere to the formula. The final selection was recorded over a 1924 surrealistic film by French cubist painter Fernand Léger, who incorporated mechanical images into his work. It has moments of dampened intensity but never forgets where high gear is located.

The band of St-Jean creates sheer energy through its volatite playing. It starts at a gallop and finishes at the same pace. it is’hold on to your hat’ music for those in the fast lane. 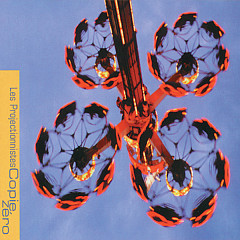 Copie zéro
The band of St-Jean creates sheer energy through its volatile playing. It starts at a gallop and finishes at the same pace. It is “hold on to your hat” music for those in the fast lane.