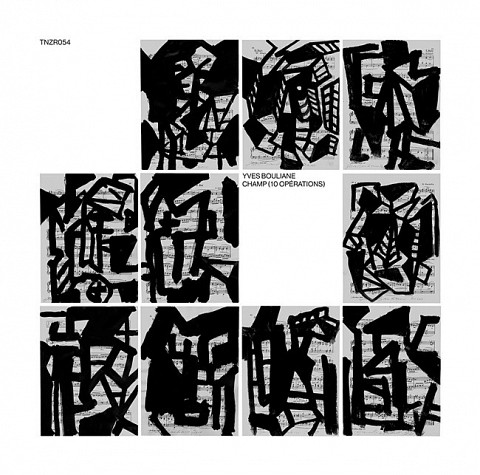 Overall, this is a coherent package that rediscovers the past while demonstrating a robust continuation of Quebec’s tradition of improvised music. — Musicworks, Canada 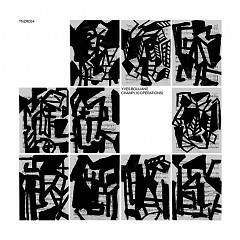 Tenzier’s hunt for the lost treasures of Quebec avant-garde music history is as relentless as the music on this album of Yves Bouliane cello solos, originally released in 1977 in an ultra-limited edition of ten cassettes. Aside from a brief stint in Le quatuor de jazz libre du Québec, Bouliane was a founding member of both l’Atelier de musique expérimentale, and one of Canada’s first artist-run galleries, Véhicule Art.

All previous Tenzier LPs have paired the musicians with visual artists, such as Bouliane’s previous appearance as bassist on the QJLQ’s 1973, which included cover art extracted from Pierre Monat’s film Y’a du dehors dedans. Here, however, Bouliane himself provides the cover art himself, which consists of musical scores obscured by heavy black ink drawings, foreshadowing the music inside the sleeve. Wishing to maintain the tradition of outside contributions, Tenzier invited two next-generation Montréal musicians, Alexandre St-Onge and Jean-Sébastien Truchy, to pay aural tribute to Bouliane, cleverly completing the circle by including their contributions as yet another limited-edition cassette.

The two LP sides total just over thirty minutes, providing a complex web of multithreaded intensity, a whirlwind of sound continuously unfolding at a frenetic pace. All available digits are hectically engaged in striking, sawing, and pounding every surface of the instrument simultaneously. Lines of choked notes interweave with a bombardment of percussive textures, and together with the low cello tones create the illusion of an improvised noise trio. On the cassette St-Onge and Truchy appropriately employ the same extended techniques while adding their own twists. St-Onge somehow manages to be even more intense, thumping away on his bass in an all-out assault. Truchy is more relaxed only by comparison, alternating bristly sections with quieter moments that overlay distinct strands in orchestral fashion.