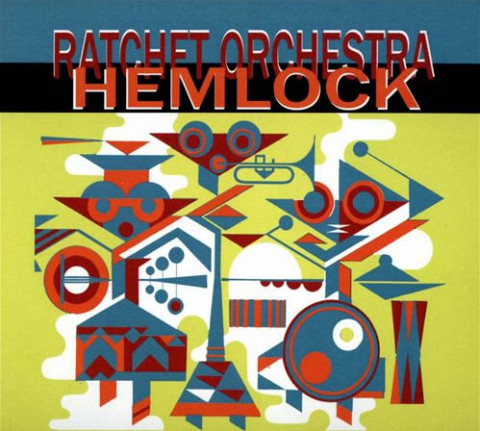 The Ratchet Orchestra resolves itself as an exercise in short-term showmanship, in which respect it fulfils its mandate admirably. Appreciate this detail and you’ll walk away the winner. — The Sound Projector, RU

Each of these notable discs could destroy any outsider’s supposition about the conventionality of Canadian created music. As a matter of fact it may cause jazzers to wonder just what a Canuck has in his or her instrument case. — The New York City Jazz Record, ÉU

The eclectic astounding and sometimes mystifying Ratchet Orchestra continue to attract attention with the release of their third recording Hemlock. Recorded by Godspeed you! Black Emperor bassist Thierry Amar and released on the Vancouver label Drip Audio, the Ratchet Orchestra is a who’s who of Montréal’s edgiest musicians. Director Nicolas Caloia’s compositions provide a structure to showcase fierce talents like Tom Walsh, Jean Derome, Lori Freedman, Sam Shalabi, and Christopher Cauley. The Ratchet Orchestra has existed since the early 1990s when Caloia started experimenting with improvised chamber jazz. In 1998 the size of the band began to swell for a legendary birthday tribute to the inspirational SunRa and it has continued expanding to it’s current membership of 30 strong. This band makes a powerful sound but is not designed to be a demonstration of force, rather, it embraces human frailty. The Ratchet Orchestra does not resemble a sports team or an army, it’s members do not have to march in perfect formation. They are pirates, not the navy. The group defies reason. 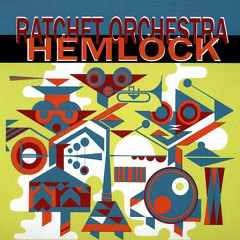