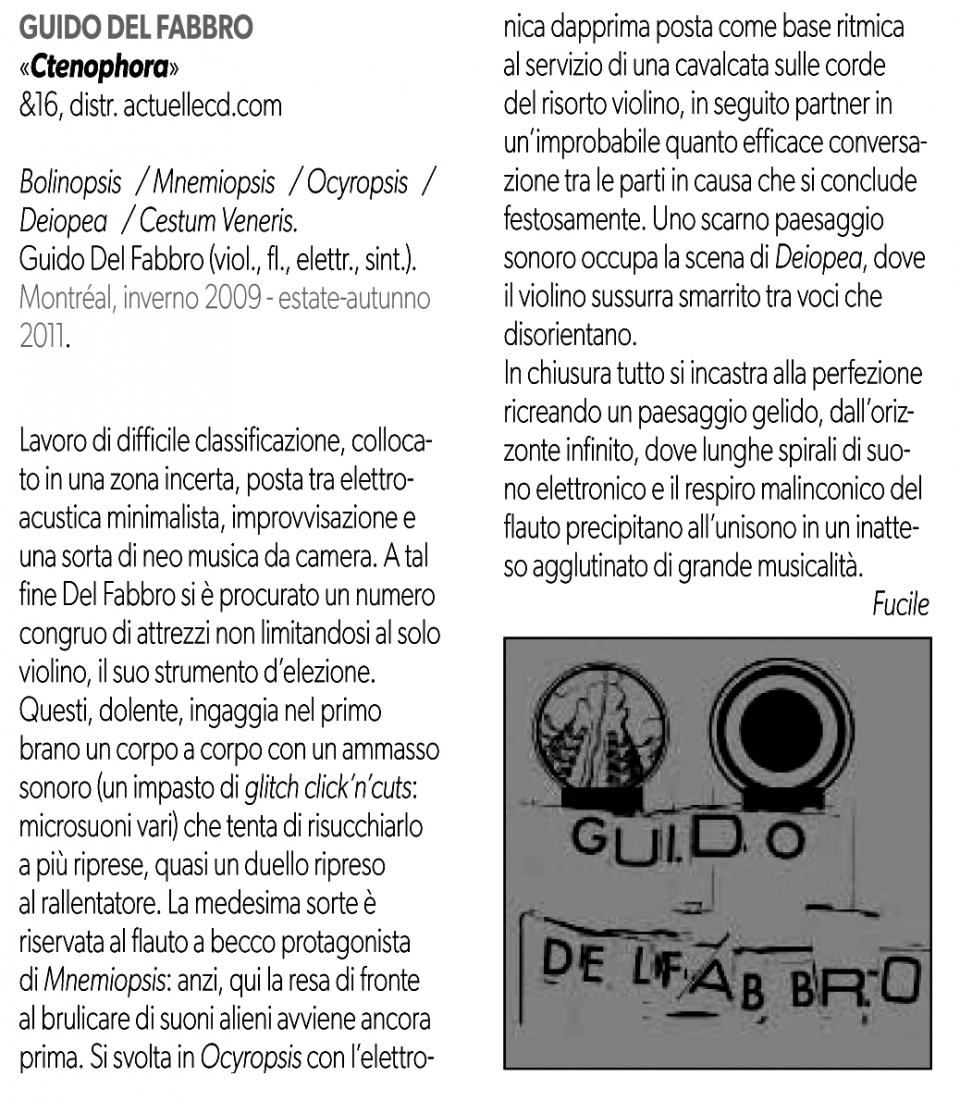 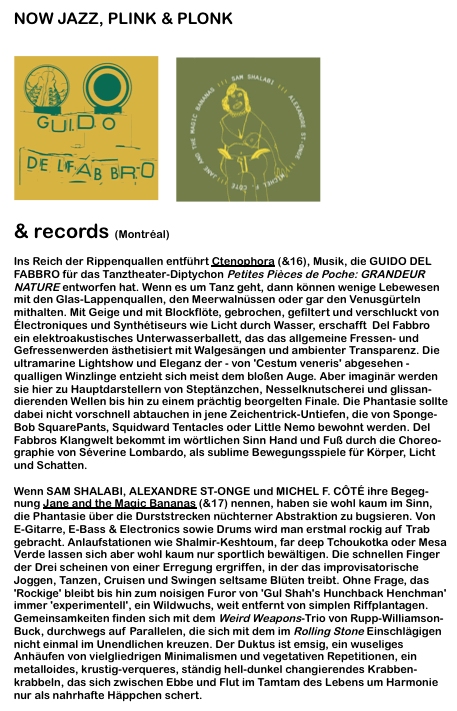 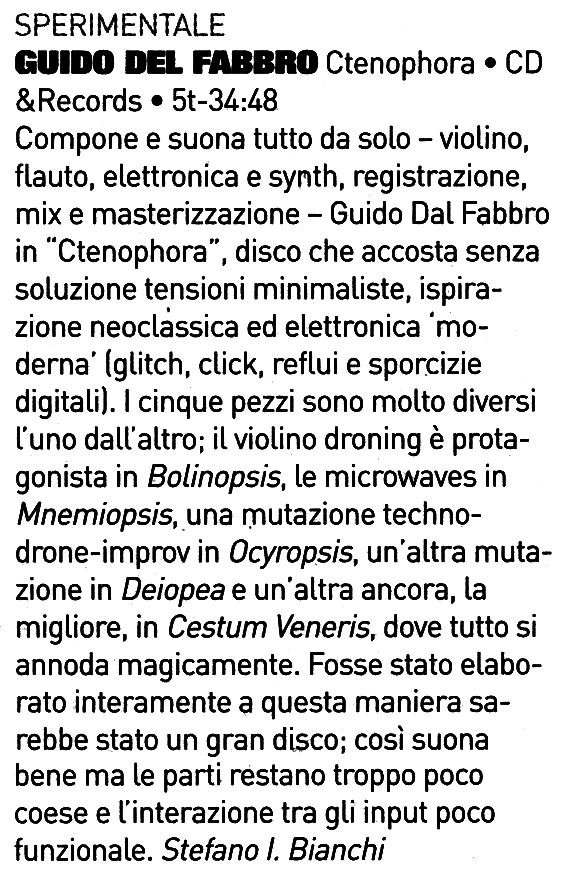 The picture of Guido Del Fabbro shows a young man with a violin, which in the opening seconds/minutes of his Ctenophora release shows. But it quickly moves into something else, and that something else is not easy to define. At first it seems that it’s all electronic manipulation of those first few violin sounds, but the cover also lists ‘flutes a bec’ and ‘electroniques’ as well as ‘synthetiseurs’, but these instruments are also presented as they are. That makes an odd result of improvisation, composition, analogue and electronic music. Quite interesting music I must say, perhaps because its so difficult to define. At times very modern classical, but then with all those microscopic pulses, gliding electronic scales, crackles, also very much the work of improvised electro-acoustic music. Fascinating collision of styles and ideas in some gorgeous sounding set of five pieces. Could have been seven as far as I’m concerned, as every time I play it, I regret it’s over.