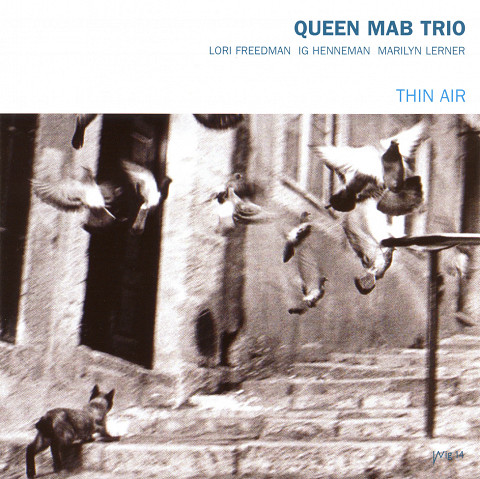 I could listen to what Thin Air offers for hours on end. — The WholeNote, Canada 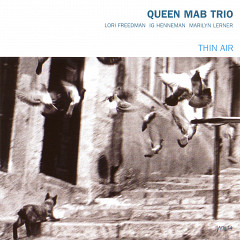 The Dutch violist Ig Henneman […] runs the Dutch WIG label along with her partner, reedman Ab Baars. Her music straddles a realm between contemporary classical string music and free improvisation: never bereft of humor, her music remains nonetheless restrained, but it also doesn’t shy from extended techniques. In 2002 she joined the Canadian improvising duo Queen Mab: Lori Freedman on bass clarinet, clarinet and Marilyn Lerner on piano. Here the trio plays a program loosely based on the Queen Mab Scherzo by Hector Berlioz. Thin Air, the title track and only piece attributed to all three, begins with Freedman and Henneman sparsely duoing, Henneman edgily scratching her strings; Lerner enters with a prepared-piano sound. Indeed, here and elsewhere, the music sounds chamber trio-esque, with the third piece by Henneman, Drums and Trumpets, containing brief, almost fragile themes repeated theatrically between Freedman’s wail, Henneman later providing a minimalist basso continuo background for Freedman. Henneman’s background accelerates and changes into something Erik Satie could have written. Characteristic of the entire CD, Drums and Trumpets transforms itself with a fragile air.

As a cross-Atlantic outfit — Lori Freedman is based in Montréal, Marilyn Lerner in Toronto and Ig Henneman in Amsterdam — Queen Mab Trio has a world of new music mastered at their fingertips. Through their last few releases, they’ve wavered between chamber music, improvised styling and dashes of jazz. They’re never content to be shuffled into one given category, which makes each new release a surprise for the listener. At the beginning of every record, we ask ourselves, just what musical style will the group head into? So, here we are, at the first piece of their latest release. As I’m listening to the title track, I’m under an impression they’re hovering heavily over new music territory. Freedman’s well placed clarinet blows are interspersed with Henneman’s ear-friendly viola dabbling that are then wrapped up with occasional ivory strokes from Lerner. But then, wait, as I re-listen to the piece, it’s more on the improvised scheme. Well, yes – all three members have writing credits on the track. Something is up. I listen to the piece a few more times and at every turn I’m surprised at how easily they shift between styles. They’re like a sly fox who’s trying to outrun a wolf. Throughout the record, they take sudden shifts in direction at least half a dozen times. Every time this happens, you’re left with a question mark smack in front of your face. Is theirs an exercise in confusion or are they deliberately playing every imaginable style of sound they can get their hands on? Regardless, interplay with each other is marvellously stated. From the crow-like clarinet guffaws, through to the pointed viola clicks, through to the understated piano caresses, these women are working on a higher plane in terms of communication. With such superlative means of communication at work, it’s a shame the record is a mere 43 minutes long. I could listen to what Thin Air offers for hours on end.

I could listen to what Thin Air offers for hours on end.