Amy Horvey tackles exciting and provocative repertoire on this offering and nails all of it.

A young virtuoso of the trumpet (she was born in 1980) who has worked with Pierre Boulez among others, Horvey presents works from different composers, of which only Giacinto Scelsi I’m familiar with. The latter’s Quattro Pezzi Per Tromba Sola are the best introduction to the artist’s outstandingly eminent know-how, her timbre is a thing of beauty — control and restraint mixed with eloquent intensity. After this fine start, the program swiftly tends to an area of music which is experimental but not in a really innovatory way, thus hindering a little our full appreciation of the protagonist’s irrefutable qualities. Two pieces — Anna Höstmann’s Interview, dedicated to pioneer trumpeter Edna White, and Ryan Purchase’s Apparatus Inconcinnus make use of spoken fragments amidst the instrumental lines; the final Overture To The Queen Of The Music Boxes is an interesting parallelism between Horvey delivering a klezmer melody against Jeff Morton’s small mechanical universe made of toy boxes, toy instruments and electronics. Cecilia Arditto’s Musica Invisibile is instead almost entirely forgettable: a dusty, old-sounding piece that manages to render even the employment of extended techniques uninteresting, if not annoying. With a better repertoire, Amy Horvey will definitely shine. 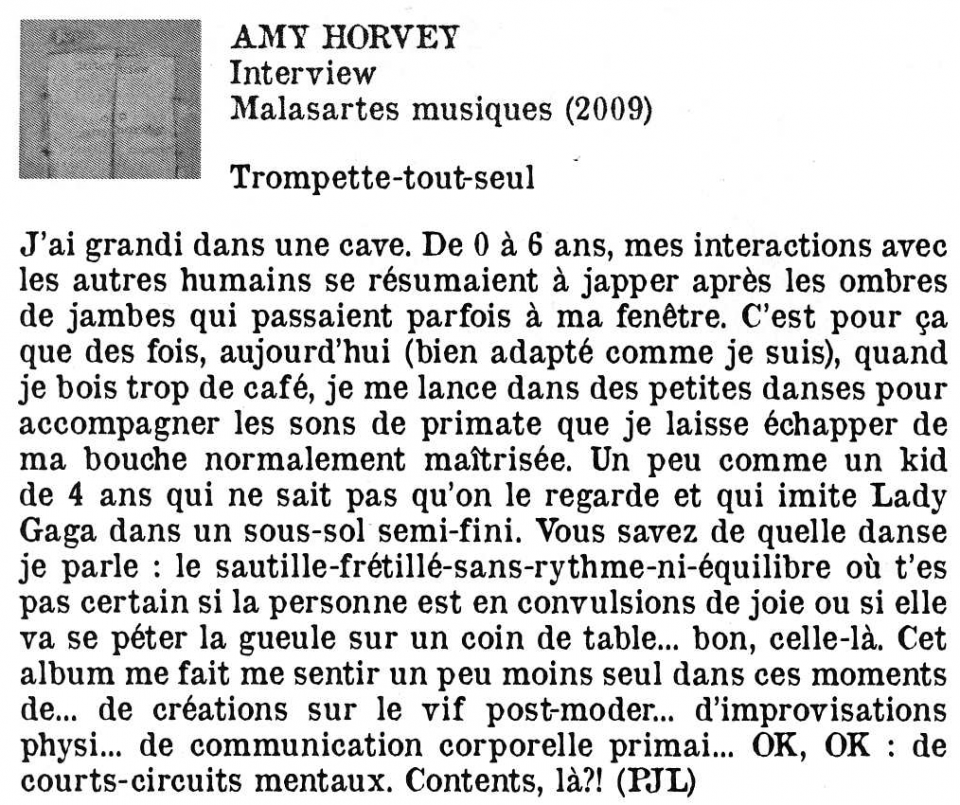