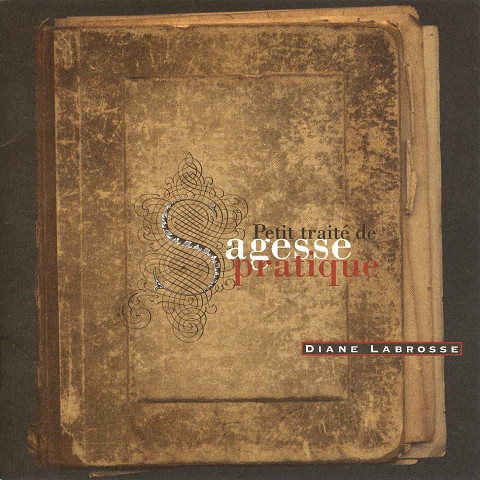 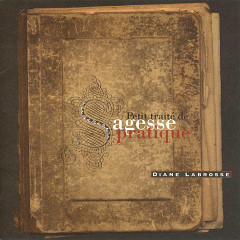 Canadian Diane Labrosse is a part of the musique actuelle movement. Literally it means contemporary music. Yes, that is rather broad, isn’t it? The deeper meaning that’s applied to it serves to coin a genre which encapsulates elements of jazz, avant-garde rock as well as musical improvisation. Late 60s-70s avant-rockers Henry Cow (originally, Fred Frith and Tim Hodgkinson) are looked to as originators of musique actuelle.

Labrosse is also a part of the Montréal based Ambiances Magnétiques Collective. It was an artist co-op before Joane Hétu founded the record label. That collective includes: Jean Derome, René Lussier (co-founded the collective along with Derome), André Duchesne, Robert Marcel Lepage, Danielle Palardy Roger, Joane Hétu, Martin Tétreault and Michel F Côté. The last two members were later additions, the other seven were the original 1983 members.

There’s no shortage of releases (forty), or groups for Diane, either. Most of them involve members of the AMC including Justine, an all female affair including Danielle and Joane with the addition of Marie Trudeau. Wondeur Brass, which has essentially the same line-up as Justine only without Trudeau. There’s also repeated pairings with Tétreault. Île bizarre, which sees that duo aided by Ikue Mori is highly recommended.

In English, Petit traité de sagesse pratique, translates to “a short treatise on practical wisdom”. According to AM’s press release on their website this album is “a series of miniature songs whose texts-some ironic or mocking, others of (intentionally) questionable value-are drawn from those great popular guides we call proverbs. These reflections on morality, often out-of-date, are re-examined, reworked… by Diane Labrosse”. Seeing as how the lyrics aren’t in English, my response is “if you say so”.

Petit is thirty-seven tracks barely spanning forty-nine minutes. It should go without saying that there are a hell of a lot of ideas, musically and non—, packed into such a concise time frame. There are no songs over two minutes and only two under thirty seconds. While superficially, it might not seem like such time constraints would work for avant-garde music, after all, haven’t we grown accustomed to half hour tracks from the likes of keith rowe by now? While Petit’s mere approach itself may seem experimental, each piece of music is its own concrete statement. The brevity never seems to fracture anything and while there’s a plethora of tracks that I wish were longer, the album works and without any regrets. Diane may be receiving the sole-billing for this CD, but I have to imagine that there were quite a few other people helping her out as this is full of instrumentation (drums, upright bass, saxophone, digiridoo, flute and probably more that I don’t even know the names of) as well as male vocals on a few of the songs. One of the downsides to downloading music is that there’s no liner notes from which to reference and I can’t find any credits for this album online beyond Diane’s.

Let’s get down to the musical content. Nearly every piece of music is punctuated by vocals of some manner; tribalesque bellowing (trust, me it sounds better than I worded it), chanting, reverbed shouting, talking, singing, laughing, maggie nicols-like wailing and maja ratkje-like vocal noisery (on the spot improvisational spelling by me). The music is just as diverse as the vocals. The most unexpected moment comes in at track number thirty-four, À tout seigneur, toute horreur, which is a charming piece of thrash rock that’s cut up, panned and otherwise manipulated with fantastic results. Going back to the Henry Cow influence, the shadow of that group’s unrest can certainly be felt looming over some of Petit. In a gross summation of sounds, there’s jazzier numbers, mellower and sparser ones, noisy passages, atmospheric music as well as some upbeat rockers to be found throughout the disc and it’s all expertly balanced. That balance is just as important as the music is, especially when you consider the amount of tracks versus the amount of time allotted for them. There’s no feeling of heaviness anywhere or segmentation, but there is a nice sense of flow.

For me, Petit traité de sagesse pratique is an overwhelming success. If there were to be impasses in anyone’s enjoyment of it, I’d say that they would lie with the vocals; however, the tracks that I might be tempted to call questionable are few and far between and in most of the situations the music itself really elevates, not just accentuates, the vocals anyway.

Supported by a strong cast of mainly Canadian electroacoustic improvisors, including Martin Tétreault, Jean Derome and Rainer Wiens, Diane Labrosse offers a series of miniature songs which examine the wisdom, or otherwise, of the proverbs of conventional morality. The songs are all sung in French, and whilst those with only a ropy grasp of the language may be denied optimum enjoyment of the disc, this matters little. Italian Opera still survives for some as a sumptuous banquet for the ears despite, at best, partial understanding of the lyrics by most devotees. Labrosse’s marriage of text and music is beautifully executed, spanning many stylistic genres, through jazz, rock, Early Music and of course improvisation. Tétreault’s grainy, ghostly turntables and Derome’s more earthly saxophone declamations typify the way in which an unsettling coherence is wrought from stark juxtapositions. The shortness of the songs produces an episodic feel, reminiscent of Machine For Making Sense, another outfit who explore the relationship of text and improvisation. This stimulating disc is almost reason enough to enrol for evening classes in French.

Labrosse’s marriage of text and music is beautifully executed, spanning many stylistic genres, through jazz, rock, Early Music and of course improvisation.

Dianne Labrosse takes us on a weird cross-cultural journey with her Petit traité de Sagesse pratique which also features Joane Hétu! Here a cast of ten musicians (the Ambiances magnétiques all-stars, we could call them) perform a sonic mutation suite of works that runs the gamut of modern avant-garde drawing in almost every music you could imagine. Bizarre is too simple a word for it. This is challenging radical stuff that defies any attempt at description!

This is challenging radical stuff that defies any attempt at description!

Diane Labrosse’s album is a beast of another colour. Translated roughly as Small Treatise On Practical Wisdom, the album is a examination of 37 proverbs and their guiding power on daily life. What further marks this ambitious project is that each of the 37 tracks is presented in a different musical style and titled after a virtue or human failing: thus Freedom with the proverb “all madness is in nature” is delivered as a canon; “Ignorance” as a psychedelic piece; Séduction as a ballad and so on. Labrosse is aided and abetted by many of the label’s other artists, including Joane Hétu. These 37 pieces are (necessarily) short and either flow together like water or strain like tectonic plates, but in the end they are little windows onto the lives we live.

… flow together like water or strain like tectonic plates, but in the end they are little windows onto the lives we live.

Diane Labrosse and Joane Hétu also move away from the avant-rock they made with the all-women group Wondeur Brass. There are many influences to trace on the new cd by Diane Labrosse Petit traité de sagesse pratique (A Short Treatise on Practical Wisdom). The title suggests an academic study on (dear) prudence, but we have here a cd with 37 little miniature songs and pieces on diverse virtues and other moral subjects. All treated with lots of humor and irony of course. The music is inspired on baroque and medieval music, folk, jazz, cointemporary music, blues, etc. Performed by 9 musicians: Jean Derome, Martin Tétreault among others.

If you’ve ever heard and enjoyed avant garde works like David Byrne’s The Catherine Wheel (or even The Body by Roger Waters and Ron Geesin), then you might find the sound sculptures by Diane Labrosse to be delectable. Of the 29 short pieces, I particularly enjoyed the hymn Temerite, which is graced with a surprising willingness to be musical, and the minimalist Pudeur, which features some spooky cool whispers. I wasn’t really fond of anything else, but at least there aren’t too many back-to-back-punches (like the unfathomably irritating Pondération and Discernement ) that make you want to throw a brick on her CD.

Petit Traité de Sagesse Pratique takes the shape of a “book” grouping the 37 modernized sayings into five chapters of about ten minutes each. The sayings (in French) are all diverted from their original meaning through play of words, and would not make any sense if translated in english. If you don’t understand french, you will definitely lose a dimension of this album. But the revamped sayings are paired with musical snapshots meant to relate to determined styles (from gavotte to free jazz, symphony to medieval). These styles should be understood as inspirational sources rather than a program in themselves. The cohesion of this record is surprising: with so many tracks, it would have been easy to fire everywhere at once. Petit traité de sagesse Pratique revolves around an esthetical center consisting of a blend of sonic exploration and musical tradition. Behind the improvisations taking an important role in every snippet, one feels Labrosse’s hand firmly holding the helm and maintaining the goal. A successful project, a record full of ideas resisting to multiple listens. And one must point out the beautiful artwork, a notch above what is usually found on this label.

A successful project, a record full of ideas resisting to multiple listens. And one must point out the beautiful artwork…