Every now and then it’s OK to reiterate a well-worn refrain, at the risk of sounding boorish. Low-quality music can make you sick, especially when improvisation is in the picture. Hiding behind an often unjustifiable freedom of artistic expression, a lot of people, unable to behave inside the sound beyond mere technical skills, can’t stop releasing useless stuff that weighs down a reviewer’s mailbox. Things get worse when the flag-bearers of fraudulent creativity gather in collectives. Disorganized chaos and compositional shallowness melt into arrogance, causing the auditory system to go on strike. Not to mention the irritation for having wasted our dwindling time.

But Quebec’s Le GGRIL (Grand groupe régional d’improvisation libérée), founded 14 years ago by Tour De Bras honcho Éric Normand, are different. They engage the audience, yet don’t steal their oxygen; entice the ear subtly, never crassly; spur one’s curiosity without self-aggrandizement. Above all, they show respect for stillness and silence. Much of the sounds in Sommes seems to arise from there, willingly returning to that origin even during livelier sections. This is a commendable attitude by the group. Talent is important, but knowing how to listen before filling the room with pitches is essential. In short, if these musicians demand your attention, they do so with good reason and sensitive restraint.

The substance of this triple CD — don’t be frightened, it’s the blink of an eye — comprises outstanding renditions of scores crafted for Le GGRIL by renowned composers, with noticeable open spaces for clever liberality. Plus, a handful of minutes reserved for individual interpretations of a piece by Robert Lepage named Chat de Cheshire. Quite frequently the brain gets wired to spiritual dimensions of in-depth interplay; check Îlots turgescents to see what this writer means. Talking in “scattered examples” mode, unintentional references emerge to “calm” orchestral Zappa circa The Yellow Shark, principally throughout Allison Cameron’s In Memoriam Robert Ashley. Or — rather inevitably, given the provenance of most members — to pages from the long and varied book of René Lussier and his associates, some of whom actively contributed to this project.

But those are fleeting mnemonic crumbles, in the midst of mutable scenarios from which a substantial acoustic homogeneity materializes. Magnificent resonant combinations; tones that clash in adjacency, or greet each other from opposite poles; mischievous melodic smithereens; serendipitous evocations of ancient cultures. With a pinch of unofficial theatricality when necessary, and several surprises waiting for the unsuspecting listener around the corner. An anarchically cohesive chamber orchestra with plenty of resources, unfazed by the difficulties of a performance, endowed in equal measure with technique, irony and soul. It will keep your body warm and your mind beguiled for many hours, through many days. 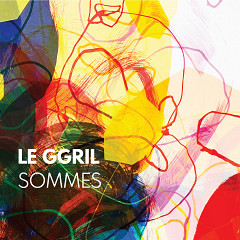 Sommes
It will keep your body warm and your mind beguiled for many hours, through many days.