The first fruits of the latest project of Montréal percussionist and composer Michel F Côté, Orbiting With Screwdrivers is a delectable amalgam of low key electronic experimentation and finely wrought acoustic improvisation, sculpted into a series of beautifully mournful compositions. The mercurial impishness of much of Côté’s work with the Ambiances Magnétiques collective is largely absent here, the album’s eight pieces positively oozing melancholy. Côté’s team of collaborators is a veritable pantheon of Musique Actuelle superstars, with violinist Jean René, guitarist Bernard Falaise and pianist Jacques Drouin making particularly noteworthy contributions. With the exception of the springy bassline that underpins the coda of Planet Genre Specific and the Harry Partch-like bell patterns that interweave with Drouin’s decidedly John Tillbury-informed piano clusters on Nano Rotary For Nothing, the album is without pulse. Yet strangely, a feeling of time passing languidly, steadily, steeped in slow regret, permeates each track. Passages of dark beauty abound, among them the lonely woodwind chorale that ends Disability for Emotion, Falaise and René’s shifting suspended chords on Mechanisms Rarely Last, and the dense, microtonal accordion textures of Give My Regards to Time. The addition of quietly abrasive electronics and homemade machines and gadgets colours the music with subtle, unobtrusive delicacy, while heightening the atmosphere of aged resignation and nostalgia.

That’s not to pigeonhole Orbiting With Screwdrivers as some kind of Ambient washout. This is harmonically and texturally challenging music, its emotional effect complex and powerful. Côté and co have produced a soundtrack to modern misery whose strength of vision forestalls any notion that their work is dire or depressing. Melancholia has rarely sounded so vibrant. 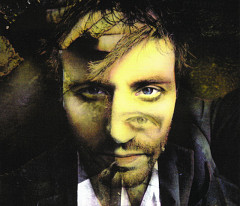 Orbiting With Screwdrivers
Melancholia has rarely sounded so vibrant.