Recall if you will music with gestures that are, by your standards, “expressive” (anger, sadness, intense joy — any non-neutral sentiment). Here are some of mine:

Within these dear-and-near-to-me examples, there is a demonstration of the thing people call “heart” and “je ne sais quoi” and “they have it” and “spirit”. Despite a divisive spectrum of technical effort and complexity to modesty and simplicity, there are works that override genre, culture, race, etc. to pierce your soul in an equal way.

Though being moderately economic with notes, effects, and quantity of performance, Hmmh says and emotes a great deal. Joane Hétu (voice, numerous objects), Pierre-Yves Martel (on his usual viola da gamba plus harmonica and zither), Émilie Mouchous (a DYI electronics guru on Korg synthesizer), and Carl Ludwig Hübsch (tuba and also numerous objects) play on the physicality and length of breath to create a tense, confining, intimate ecosphere.

Hétu and Martel begin in the right channel with a duet of faint hums and gentle palmed strokes. On the other side, Mouchous conjures placid warbles, chirps, hiss, and Theremin-like bursts and glissandi. The trio often recesses and then resumes with relatively more momentum; near three minutes, they’re joined by Hubsch engaging in a low, fluttering twin to Mouchous, and the quartet begins to unravel with a small cloud of tapping, scratching, and other micro-detritus twirling about. All players lean back half-way through the work and unleash a lung emptying (or filling, like inhaling as much as possible to nearly induce a dead faint) that realizes as a great deal of shrill dragging across strings, mechanical screams and tuba emulating a volatile steam engine. It is literally the sound of screeching brakes and extreme acceleration (bonkers, I know). Effortlessly, the group slinks back into a purring drone before adopting a more percussive aesthetic on Pause innocente. Mouchous’s sine wave persists, but Hétu rattles off long series of sibilant, lippy whispers beside a shuffle of metallic objects and harmonica flare-ups. This doesn’t last long before the ensemble unites again in a lugubrious, slinking texture, though one less exuberant than the previous, and ending with a calming “wind.

Haiku with Bells and Se frotter à Brabylon are the most active of the six pieces, though they still remain more sound art than “music”; you’re more likely to hear staccato pings from items clunking around in a mixing bowl fitted as a tuba mute than melodic themes and development. From a tiny pulse of wood flicks, faint tinkling bells, creative key clacks, and blown hiccups to synthetic opera soprano to dialog between a multiple personalities sufferer to something that sounds similar to simulated engine troubles to erasing so hard your paper test is in tatters, Hmmh makes extended techniques its business.

The virtuosity of Fleur de chaos is in the creativity and collaborative meld the four musicians forge across this disc, the latter giving the impression that the recording was rehearsed, not improvised; ideas flourish and stifle and regrow and die without anyone’s ego attempting to stick out and destroy this new creature. 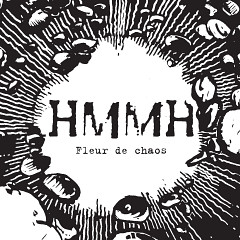