Lori Freedman’s Excess furnishes exactly what its title promises: a program of music for bass and contrabass clarinets that pushes instrumentalism to its outer edges. Freedman, originally from Toronto but now based in Montréal, is known as an improviser as well as a composer and performer of new work; it is in this latter capacity that she appears on Excess, some of whose works were written for her. Each embodies the notion of excess in its own way, whether in the quick shifts over extremes of register and dynamics of Brian Ferneyhough’s Time and Motion Study I (1977), or in the expressive excess of Richard Barrett’s Interference (2000) for contrabass clarinet, voice and kick drum. In opening the recording with the confrontational sounds of Interference, Freedman seems to throw down a challenge to the listener to stay with the recording and hear her out. Persistence will be rewarded. Paul Steenhuisen’s 2015 composition Library of Fire, for bass clarinet, was composed for Freedman and alludes directly to her skills as an improviser: the piece was created out of transcriptions of some of her recorded improvised performances. The growls, shrieks and half-articulated, half-breathy sounds of Paolo Perezzani’s Thymos (2014), for contrabass clarinet capture the emotional immediacy and drive of the ancient Greek concept of the thumos, that human faculty thought to be responsible for prodding a person to take up a challenge and grapple with it in a spirited way. As to Freedman’s challenge to the listener, this virtuoso set shows it to be something worth meeting. 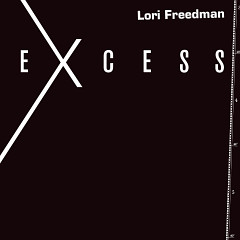 Excess
… this virtuoso set shows it to be something worth meeting.