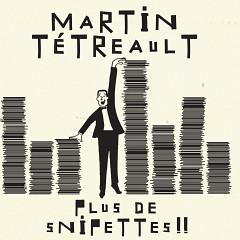 Plus de Snipettes!!
Those who you who enjoy the sound of a warped tape (raise your hands, people!) will be charmed by Tétreault…