A recording of Dirt Road, a gorgeous, austere 70-minute, 15-movement work by the Canadian composer Linda Catlin Smith, as performed by violinist Mira Benjamin and percussionist Simon Limbrick, landed on my year-end Best of 2016: Noteworthy Recordings list (and also the list compiled by the redoubtable author and New Yorker critic Alex Ross). Another Timbre, the English label that released Dirt Road, lately has taken a special interest in Smith and other notable Canadian composers.

Now, welcome news: In February 2017, Another Timbre will launch a Canadian Composers Series with a two-disc collection of works by Smith and four further volumes, featuring music by Martin Arnold, Isaiah Ceccarelli, Chiyoko Szlavnics, and Marc Sabat. According to the label’s website:

Five CDs from five experimental composers with strongly individual voices, all of whom happen to have been born in, or are living in, Canada. The discs are published together with a 120-page book with new interviews with all the composers and a contextualising essay by Nick Storring.

These five discs will be followed at the end of the year by a second batch of five, Canadian CDs including two by Cassandra Miller, one each by Alex Jang and Lance Austin Olsen, and a further disc of the music of Linda Catlin Smith.

Brilliant news — not least because of the participation of Nick Storring, a Canadian composer, cellist, electronic musician, and journalist whose expert advice proved invaluable when I engaged in an enlightening Canada Day listening binge a few years ago. (Storring’s own music is also warmly recommended.)

Another Timbre proprietor Simon Reynell has posted audio excerpts from the first five releases in the series on YouTube, including the tantalizing extract from a Quatuor Bozzini performance of Smith’s string quartet Folkestone. 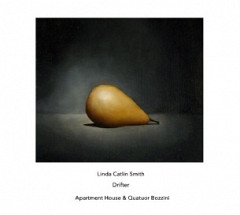