In the vast and fertile landscape that is the Québécois avant-garde, it is not rare to uncover a brightly burning artist whose œuvre has been obfuscated only by sheer lack of exposure. Philippe Lauzier, who plays bass clarinet and saxophone and is an accomplished improviser and composer, epitomizes this phenomenon in that he is both unheralded and quite active. A key member of Montreal’s musique actuelle community, his long list of collaborators includes such prominent personalities as Sam Shalabi and Martin Tétreault. Transparence, Lauzier’s debut solo release, is an epic suite that finds untreated acoustic reeds mingling with textured overdubs and subtle feedback. Equally jarring and hypnotic, his music sprays across the entire emotional spectrum, revealing the artist’s own inner workings in the process. While Lauzier’s transparency holds up for the bulk of the album, the enigmatic closing track Bruine, which is entirely hornless, finds him adopting an air of opacity — a clever shift in strategy. 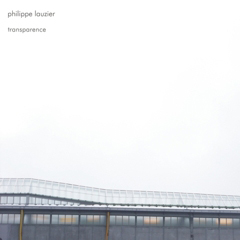 Transparence
In the vast and fertile landscape that is the Québécois avant-garde, it is not rare to uncover a brightly burning artist…