A new CD on the small Canadian Etrecords label of Michel F Côté. An album of songs based on the poems by Canadian poet P.K. Page, who died in 2010. Susanna Hood started her career as a dancer, and developed into an improviser both in dance and music. Thomson is a trombonist and composer working mainly in Montréal and Toronto. He studied with Roswell Rudd, Jean Derome, Eddie Prevost, a.o. He leads the quintet The Rent, interpreting works by Steve Lacy. In 2010 they released their debut for Ambiances Magnetiques. Between 2010 and 2012 Thomson composed a suite of 12 songs, inspired on poems by P.K.Page. He composed a version for his quintet The Rent, and one for Hood and himself as a duo of just voice and trombone. Thomson is working on a stage version of the suite for dancers and performers as well, because a lot of the poetry of Page is “danceable” Thomson states in an interview. Back to The Muted Note that contains 11 songs, sung by Hood with a jazzy feel, interrupted with fine solo sections by Thomson resulting in an intimate and charming evocation of Pages’s poetry. 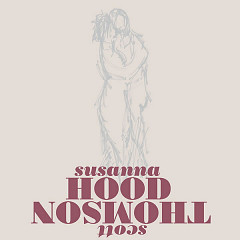 The Muted Note
… resulting in an intimate and charming evocation of Pages’s poetry.