At cross-roads. That’s what comes to mind when listening to the trio disc of Pierre Yves Martel, Philippe Lauzier and Martin Tetreault. No instruments are listed on the cover, but let’s assume it’s a turntable and an assorted range of acoustic instruments and electronic sound generators. They are used to play improvised music, and so far nothing new. But the end-result is quite interesting: its as if these three men are attempting at something that is more noise based than is common in these circles. At a cross-road of improvised music and noise. Obviously not a HNW release but in a true experimental fashion a disc of intelligent noise. It seems all recorded straight to tape, with microphones picking up very closely the sounds that are produced, which makes this pretty ‘in y’r face’ release, perhaps with the exception of y = cZ + d, which sounds a bit distant. Things work best when all sound sources are used on an equal level, acoustic and electronic sounds colliding together in an infinite mixture of possibilities. An excellent release of fine noise. 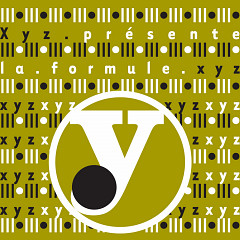