A long-standing member of Montréal’s extremely fertile experimental music scene, Jean René has lent his skills to many of his contemporaries. He can be found alongside Michel F Côté in Mecha Fixes Clocks and has augmented Jean Derome’s Dangereux Zhoms core with his viola on the amazing Plates-formes et Traquenards. For his solo debut, René has selected a group of compositions that feature both his work on the viola (electric and acoustic) and his outright intriguing electric guitar work. When playing the viola, René chooses a pure approach to the instrument, relying on a looping pedal fairly sparsely. On the guitar, he manages to evoke downright sinister tones that speak in a nearly industrial language that stands apart from his neo-classical background. From a player of lesser pedigree, this may signal a lack of direction; in René’s skilled hands, Fammi comes across as a daring, idiosyncratic album. 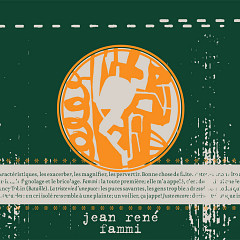 Fammi
In René’s skilled hands, Fammi comes across as a daring, idiosyncratic album.