Canada’s Et Records are now in full active force: existing since 2003, but only last year they doubled their amount of releases. That’s great, also since they operate on an interesting crossroad of music styles, and these four new releases show that well. The crossroad is where pop music, improvisation, musique concrète and free-jazz meet up. We have to go the website for additional information (which sometimes linked from the Actuelle label — Canada seems well organized in that respect).

Let’s start with the most ’traditional’ one — or so it sounds like. I have never heard of Alexis O’Hara, who uses a lot of human voice — her own — as well as electronic improvisation and video. She has performed on spoken word festivals all over the world, from “new music symposiums to “women & technology events”, and besides various mini CDRs, Ellipsis is her second full length CD. Now it may sound like that this is all serious sound poetry, but this release is perhaps the most ’pop’ music based I heard from Et Records. O’Hara samples her voice, adds a bit of electronic backing, rhythm machines, maybe a synth (but then perhaps these are sampled from her own voice, who am I to tell), and she signs a song, not use her voice in some dramatic or abstract poetry-like manner. That adds a distinct pop music like element to her music, along with a cabaret/nightclub like feel in some songs — perhaps due to the fact that she uses besides English also French and Spanish. The CD closes with Twenty-three, which sounds like a pastiche of Twenty Jazz funk Greats and Hot On The Heels from Throbbing Gristle. An excellent release! Very relaxed music, very well made.

From this extreme we bounce to an opposite extreme, the free jazz improvisation of Pink Saliva, a trio from Ellwood Epps (trumpet), Michel F Cote (drums, microphones, lapsteel) and Alexandre St-Onge (electric bass and laptop). A live recording, which is edited down to twelve short ’songs’ (again?), somewhere between one and four minutes. This music is more traditionally improvised than what I usually like, with a strong sense for jazz. That is not necessarily, of course, a bad thing, but just not so much my cup of tea, although I could envisage myself in a dark cellar smoke filled and pipe in my hand. Perhaps I should say ’that traditional’, but I have to be careful: maybe this is all done tongue in cheek, but I am not qualified to judge on that.

More improvisation can be found on the trio disc of Diane Labrosse (sampler), Philippe Lauzier (bass clarinet, saxophones) and Pierre Tanguay (drums). With the addition of the sampler, things become straight away more ’modern’, ’abstract’ and perhaps also less strictly defined as something like free-jazz. Throughout these four lengthy pieces there is a great sense of controlled playing here, with some quite intense music. This trio keeps things well under control here, with a lot of rumble beneath the surface. Meaning it can be found more in the low end than in the top end of the music, and that is what delivers a certain, great kind of tension to the music. Maybe one could wonder if four such pieces is a bit too much to be taken in at once, but nevertheless its some wonderful music, not be swallowed at once.

From a more musique concrete perspective we have a CD by one Tiare Kese, who was born in 1948 in Bulgaria, son of a resistance hero and soprano mother, who went in 1965 to Paris to study piano and horn. Later on befriended Karl-Heinz Stockhausen and Guy Debord, left the first, and then started to play music by Cage and Satie. Then he met Michel F Cote and ended up playing music on this CD, for which he plays piano, organ, mellotron, strings, French horn, electronics, samples and voices, plundering works by Satie, Cage, Tétreault, Falaise, Siewert, Brandlmayr, B Günter, Fennesz, Neina and Oval. I have no idea if this is all true, but why spoil a good story by looking up the ’truth’? The music is good, and that is what counts. If the other three are working towards the crossroad of styles, then its perhaps Kese who is in the middle. Bits of pop/rock tunings are used, mainly when it comes to using distortion, samples of an electro-acoustic nature, treated instruments, and occasionally improvised playing on them, all mingled together into some well crafted soundtrack-like music. A bit of drone here and there, field recordings interwoven, desolate French horn, modern classical glissandi, sparse percussive sounds. Altogether this makes an excellent release. Quite intense, sparse and at times dramatic music. The best out of these four. 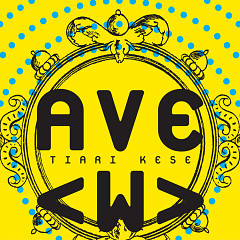 Ave <w>
… Et Records operate[s] on an interesting crossroad of music styles, and these four new releases show that well. The crossroad is where pop music, improvisation, musique concrète and free-jazz meet up.