My first reaction was: FINALLY a second album from Mecha Fixes Clocks. My second reaction: Is this REALLY Mecha Fixes Clocks? Let me explain: this project led by Michel F Côté (notice the initials) has gone through a few (per)mutations since its beginnings and its eponymous debut released on alien8 recordings. This second album sounds far from that first step. In fact, it sounds closer to Bruire’s Les Fleurs de Léo (another MFC project). The tracks ally composition and improvisation in overlaid stratas, there’s a ton of guest musicians, there’s an irreverent aura about the project, and the album has the feel of a ‘90s Ambiances Magnétiques CD — not that À l’inattendu les dieux livrent passage is backward-looking, but it’s a comeback to a more… musical form of music. Beautiful, aerial, with two Max Steiner tunes funnily inserted, and a duet with Diane Labrosse that almost takes us back to their Duo déconstructiviste CD. 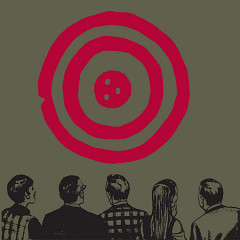