The Rent is a Toronto-based quintet devoted to the compositions of Steve Lacy, mirroring Lacy’s own concentration on the work of Thelonious Monk and, to a lesser extent, Duke Ellington. Consisting of saxophonist Kyle Brenders, trombonist Scott Thomson, vocalist Susanna Hood, bassist Wes Neal and drummer Nick Fraser, the band is faithful to the particulars of Lacy’s music as well, mirroring the most frequent instrumentation of his later years. Thomson has studied with Roswell Rudd, one of Lacy’s closest musical partners, and his evident stylistic empathy extends to the group’s approach. It’s an intensely disciplined project. Brenders, frequently heard elsewhere on tenor, plays soprano exclusively here, and the band combines both tight ensemble execution and fluent improvisation within Lacy’s structures. While there are a few instrumentals here — The Rent, The Bath and Blinks (the latter including fine collective improvisation led by Brenders’ spiralling lines) — the emphasis is on Lacy’s special interest in setting poems and his collaborations with singer Irene Aebi. Hood handles the material effectively, melding her voice with the rapid-fire chirping and broad intervals of Lacy’s compositions on texts that include ancient Asians and Beats alike. Highlights include the brief explosion accorded Robert Creeley’s Jack’s Blues, used to frame a Fraser drum solo, and the version of Gregory Corso’s The Mad Yak, with Hood pressing her extended improvisation into the special terrain of Sainkho Namchylak. It’s clear here that there’s much for musicians to learn from playing Lacy in repertoire, and much for listeners to gain as well. 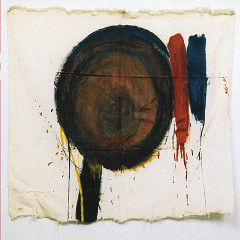 Musique de Steve Lacy
It’s clear here that there’s much for musicians to learn from playing Lacy in repertoire, and much for listeners to gain as well.