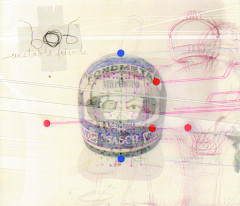 Unstable Friends
The sonics are fascinating, the songs dark interwining works with odd electronics and insertions.