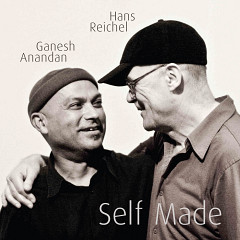 Self Made
This is a most incredible collaboration, even if it is nearly impossible to describe.