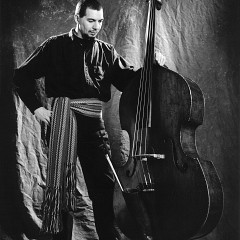 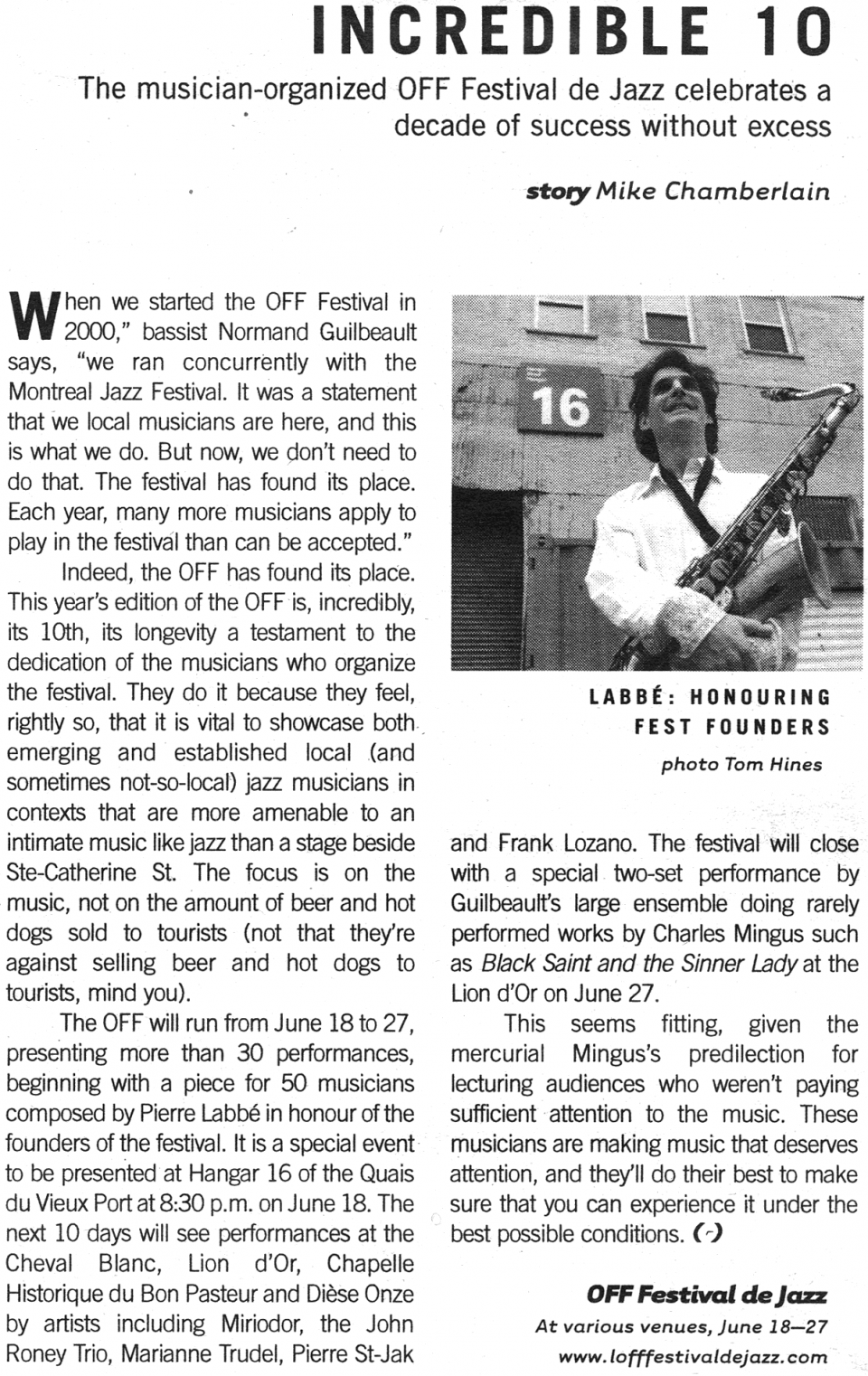 “When we started the OFF Festival in 2000,” bassist Normand Guilbeault says, “we ran concurrently with the Montréal Jazz Festival. It was a statement that we local musicians are here, and this is what we do. But now, we don’t need to do that. The festival has found its place. Each year, many more musicians apply to play in the festival than can be accepted.” Indeed, the OFF has found its place. This year’s edition of the OFF is, incredibly, its 10th, its longevity a testament to the dedication of the musicians who organize the festival. They do it because they feel, rightly so, that it is vital to showcase both emerging and established local (and sometimes not-so-local) jazz musicians in contexts that are more amenable to an intimate music like jazz than a stage beside Ste-Catherine St. The focus is on the music, not on the amount of beer and hot dogs sold to tourists (not that they’re against selling beer and hot dogs to tourists, mind you). The OFF will run from June 18 to 27, presenting more than 30 performances, beginning with a piece for 50 musicians composed by Pierre Labbé in honour of the founders of the festival. It is a special event to be presented at Hangar 16 of the Quais du Vieux Port at 8:30 p.m. on June 18.

The next 10 days will see performances at the Cheval Blanc, Lion d’Or, Chapelle Historique du Bon- Pasteur and Dièse Onze by artists including Miriodor, the John Roney Trio, Marianne Trudel, Pierre St-Jak and Frank Lozano. The festival will close with a special two-set performance by Guilbeault’s large ensemble doing rarely performed works by Charles Mingus such as Black Saint and the Sinner Lady at the Lion d’Or on June 27.

This seems fitting, given the mercurial Mingus’s predilection for lecturing audiences who weren’t paying sufficient attention to the music. These musicians are making music that deserves attention, and they’ll do their best to make sure that you can experience it under the best possible conditions.

Normand Guilbeault
This year’s edition of the OFF is, incredibly, its 10th, its longevity a testament to the dedication of the musicians who organize the festival.