Expect the unexpected from this dynamic duo. Avant guitarists Berthiaume and Sharp have unloaded 11 shots of improvisational gold. Far from being a traditional guitar record, Base is rife with noticeably un-guitar tones: laser-etched bliss, coruscating noise structures and electronic mayhem are on tap. A variety of attack vectors were engaged in the creation of the pieces but in the end, quietude loses out to furious flurries of sound. Quebec-based Berthiaume and veteran NYC player Sharp wield their instruments, and all of their effects-processing gear, with utmost aplomb. There is seemingly no end to the diversity of textures achieved. This recording documents the perfect pairing of two master craftsmen happily going about doing what they do best: overcoming the limitations of the guitar to construct engaging alien soundscapes. 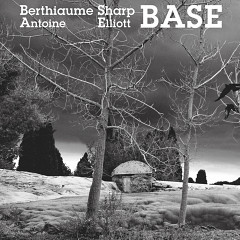 BASE
Expect the unexpected from this dynamic duo.