Tim Brady has led a dual career, not unlike Norway’s Terje Rypdal. A fine guitarist, Brady has released a series of albums that focus more on a unique approach to playing that’s a stylistic mélange of Robert Fripp’s circuity and Fred Frith’s angularity, amongst others. Compositionally, he’s moved the electric guitar, with all its broad sonic possibilities, into the realm of contemporary composition on albums including 10 Collaborations (Justin Time, 2000) and GO (Ambiances Magnétiques, 2006). Brady’s music can be rigorous and complex, but he’s also an improvising musician, sometimes blurring the line between form and freedom.

For his 1:00 PM show at Cinema Laurier, Brady collaborated with video artist Martin Messier for a series of pieces where sound and image integrated seamlessly. Unlike keyboardist Bugge Wesseltoft’s multi-media performance at the recent JazzNorway in a Nutshell however, the visuals are not an automated response to the music, but a constructed set of images that bring Brady’s already highly pictorial music to a more discrete light.

Technically staggering, Brady’s control of a wealth of sound-processing devices allows him to expand the sound of one guitar into a very large soundscape. His layering of delay and oscillation, during the first composition of the performance, allowed what was initially a very small group of notes played with a relentlessly rapid tremolo (up-and-down picking) to evolve almost imperceptibly. Effects that generated no small amount of noise made the piece more about texture than tonality, even as he expanded the piece away from those initial few notes.

Other pieces occupied more traditional spaces of melody, rhythm and harmony, despite there being little of the conventional in Brady’s writing. Blending richly arpeggiated chords with jagged punctuations, Brady at times favored knotty, long-form themes that would, no doubt, yield far more on repeated listens but, even with this one exposure, created lengthy and intriguing narratives.

Brady’s writing ranged from the brief miniatures of Switch, titled for his use of the five-way switch on his electric guitar, to the more expansive 57 Ways of Playing Guitar, which incorporated the use of preprogrammed material and additional guitar tracks (“I’m a great guitarist”, Brady said while introducing the piece, but not that great). But it was his Double Quartet (Hommage à Chostakovitch), on which Brady was joined by his Bradyworks group—saxophonist André Leroux, percussionist Catherine Meunier, sampler David Kronkite and Brigitte Poulin — that was both the performance’s longest piece and its highlight.

Using images from St. Petersburg and revolving around a four-note motif that Russian composer Dmitri Shostakovich (1906-1975) often used — D, Eb, C, B, which represented his first name — Brady’s piece began in new music territory, but with his effected guitar (in particular an overdriven tone almost never heard in classical music, with the exception, again, of Terje Rypdal) often a sharp contrast to the organic sounds of piano, tuned percussion and saxophone, it ultimately paid homage to one of Shostakovich’s primary influences, Baroque composer JS Bach. Angular melodies, sharp dynamic juxtapositions and oblique passages were replaced with melodies approaching beauty, but from a unique perspective filtered through Brady’s personal lens.

With Brady, Meunier, Poulin and Leroux forming the first of the composition’s titular groups, it was the three hours of string quartet music Brady had sampled for use by Kronkite that formed the second quartet. Perhaps a nod to the economic realities of touring with a larger ensemble, the resourceful addition also created a more modernistic sound and allowed Brady to shape the music and sonic landscape in ways that might not have been possible with two full quartets onstage.

As a composer, Brady fits in alongside contemporaries including Evan Ziporyn, David Lang and Martin Bresnick. As a player, with and without Bradyworks, he shares a modernity of approach with Bang on a Can, So Percussion and Alarm Will Sound. But his incorporation of a very electric guitar has created his own space, one that continues to evolve and whose many facets were demonstrated at his FIMAV 2008 performance. 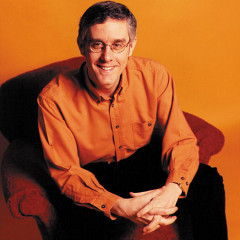 Tim Brady
But his incorporation of a very electric guitar has created his own space, one that continues to evolve…