Another CD in the series “the many sides of Antoine Berthiaume”. In 2003 Berthiaume debuted with Soshin a cd of duets with Fred Frith and - just on time - with Derek Bailey. Followed by Leaves and Snows, a trio with Quentin Sirjacq on piano and Norman Teale on electronics, showing again improvisation from another angle. With Michel Donato and Pierre Tanguay, Berthiaume released a jazz album: Ellen’s Bar. For his newest collaboration Bertiaume takes again another route, combining improvisation with soundscaping. He is joined now by MaryClare Brzytwa on flute and electronics, making use of electronic and sampled sounds. She is a new name for me. Brzytwa studied improvisation with Joëlle Léandre, composition with Fred Frith, etc. She is member of the all female free improvisation outfit Slow Children. Berthiaume plays guitar and effects, in a way that is often difficult to trace the guitar in the soundscapes they paint. Together they produce an album of quiet electronic based improvisations. At times even very ambient, like in the track Punch. In a track like By the Name they came close to the song-format. In the last track Alitron Berthiaume plays in Bailey-like way, accompanied by environmental sounds coming from Brzytwa. In all the pieces the input of both is blended carefully and successfully into one whole of organic sound-manipulations. I would say this is a very interesting and engaging work that should interest those who are into crossovers between improvisation and soundmanipulation. 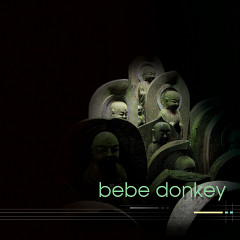