The tombak is a drum commonly used in Persian classical music, sometimes known as the zarb. In 2002 Montréal-based percussionist Ziya Tabassian returned to his native Iran to further his studies, resolving to respect the tradition, but committed to exploring the more abstracted qualities of the drum. Tombak is certainly a percussionist’s percussion album, savouring each microscopic whisper of fingers on stretched skin. At one point one imagines Tabassian was buzzing his lips, as if into a cornet mouthpiece, but instead it’s the supremely dry friction of fingers pushing the “wrong” way on the drum skin. The listener can find a comfortable volume level for such subtleties, but when a harder rhythm coalesces, speaker cones rumble with mighty bass. One piece sounds as though Ziya is peeling a hard-boiled egg on his drumhead. Eventually, the album closes with the almost shockingly conventional Danse mon tambour, revealing the drum’s ability to power a layered beat pattern. Ultimately though, this disc might be too minimalist for even the most steadfast drum worshipper. 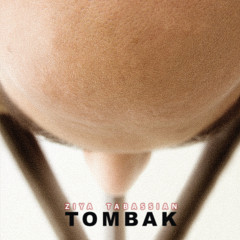