Huskless! is the perfect title for the first solo cd from one of Canada’s most outstanding new music practicioners. I say ‘practicioner’ because Lori Freedman defies easy categorization. As an interpreter she’s a composer’s dream – John Corigliano called her “the best thing that ever happened to new music” after her electrifying performance of his Concerto at the Winnipeg new music festival in 1995. But Freedman, who was born in Toronto and is currently based in Winnipeg, is also a brilliant improviser – her instrument of choice being the bass clarinet. And as a composer, she frequently collaborates with theatre artists, filmmakers and dancers.

Of all her musical virtues – a gorgeous, full-bodied sound, massive dynamic range, bull’s-eye technique, imagination – ultimately it’s Freedman’s honesty that gets you in the gut. Especially when she is in full improvisatory flight, she’s a fascinating combination of emotional vulnerability and absolute fearlessness. And sexuality. But the stories Freedman’s body tells in performance are not the threadbare clichés of female seduction, but rather a celebration of what is possible, a joyous invitation to life in all its fullness… musical honesty that ensures that her extended clarinet techniques never sound gimmicky… shrieks like a banshee, whispers and caresses like a lover, scrabbles like a pig hunting truffles, wails like a klezmer, mutters like a madman, whistles eerily like a musical saw… in Ambrosini’s haunting Capriccio, detto l’ermafrodita (1983) it’s hard to believe that an acoustic instrument rather than a synthesizer, produces effects like the soft, flawlessly controlled glissandos that slowly scrape upward in multiphonics. In the composer’s words describing the contrasting sides of a complex personality, “a big dangerous animal and the lament of a wounded being, laughter and mystery, strong and gentle”. Freedman’s performance is riveting… wryly ironic… infallible musical instincts. 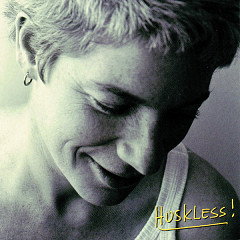