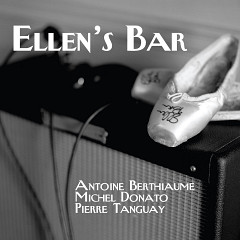 Ellen’s Bar
… a true jazz album. And a very nice one too.