Some Love was one of the biggest surprises to pop up on the Montréal avant-rock scene in 2005. For their debut album, Foodsoon seem to use Fly Pan Am’s avant-krautrock recipe as a springboard and leap further into controlled sonic chaos of the rock kind. Guitarist Bernard Falaise is a staple of the avant guitar in Quebec, but he usually works in less overtly beat-driven bands. His noise guitar licks and endless technical trickery are put to very good use here, but fans of Miriodor (his project enjoying the highest profile) are clearly in for quite a surprise. Once in Detention with Sam Shalabi, Alexander MacSween is heard here in his typical element: hard-hitting music contrasting simple grooves with freeform structures. Some Love introduces Fabrizio Gilardino on tapes and electronics. The name might sound familiar to fans of the Ambiances Magnétiques label, since the man has been designing their covers for ages, but his presence as a musician is something new — and definitely worthwhile. His (reel-to-reel?) tapes provide a captivating level of controlled mayhem, with bits of dialogues, concrete-like music and strange found sounds. His contribution and the tight sequencing of the album (18 short pieces sounding like they are all part of a single epic composition) encourage comparisons to the patchwork nature of Faust’s albums, while Falaise’s thundering guitar and MacSween’s hammered beats suggest similarities with French noise-rockers Étage 34. Well recorded, cleverly mixed, and powerfully composed, this album is all about gutsy, unapologetic noise rock balancing attitude and intelligence. It came out on Gilardino and Michel F Côté’s small label &records, which makes it hard to find, but well worth the effort. 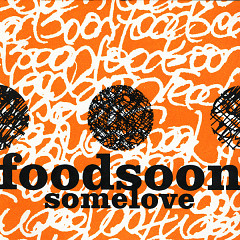