Ambiances Magnétiques has been playing the talent scouts since 2002 or so, and that strategy is starting to pay off, with young musicians like Antoine Berthiaume, Pierre-Yves Martel and Philippe Lauzier all releasing new albums in May/June 2006. This is Lauzier’s second release for the Montréal label — the reedsman is the founder of Ensemble en pièces, whose Jardin d’Exil CD inaugurated the Ambiances Magnétiques collection back in 2004. Bassist Miles Perkin is one of Thom Gossage’s regular sidemen and he has performed in Tom Walsh’s NOMA} (although not on the group’s Ambiances Magnétiques release; this is his first appearance on the label). Drummer Robbie Kuster also comes from Montréal’s leftfield (yet more conventional) jazz scene, with to his credit several participations to projects led by Patrick Watson and Yannick Rieu. Recorded over two days in December 2005, Today is a Special Day offers 11 pieces, most of them written by Lauzier (Perkin contributes two, and there are two quirky readings of Béla Bartók} tunes). Lauzier’s compositions are usually playful, with an occasional tender side (Histoire du mendiant, featuring his seductive bass clarinet tone). The music stems from post-bop influences, with an obvious filiation with Jean Derome’s lighter side, although the trio’s music doesn’t have the latter’s angular feel. And how couldn’t we think of Steve Lacy when listening to The Cocoon with that graceful, slightly mischievous soprano sax leading the way. Perkin and Kuster form a supple rhythm section, adept at both freeflowing jazz and trashier jazz-rock (Ivresse} ending the album with a bang). Don’t pass this album by on the count that you don’t know these cats yet, especially if you’ve been longing for a new Jean Derome et les Dangereux Zhoms album — not that the Lauzier/Perkin/Kuster Trio emulates that band, but one finds in their music the same kind of intelligence, soul and joie de vivre. 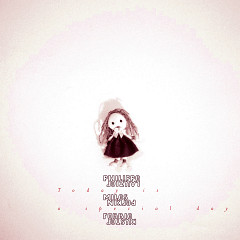