With the notable exception of sugary pop, all music styles are dominated by the male. Whether he’s grunting into the microphone, strumming his guitar, or blowing his lungs out on the saxophone, the manly man monopolizes the image of the musician, be it in corporate rock or on the new music scene. When women venture into his domain, they are often coerced into fitting the mold of the industry.

That’s why it is so surprising to find this many creative, challenging, talented women in DAME’s catalog. But one should not forget that early in its lifetime the collective Ambiances Magnétiques welcomed three artists whose musical activities, organizing minds and determination provided a force of attraction for other women. Of course, I am talking about Joane Hétu, Diane Labrosse and Danielle Palardy Roger.

Our three protagonists met at the turn of the ‘80s in Wondeur Brass and pursued their association into Les Poules and Justine. First an anarchist/feminist big band, Wondeur Brass was a laboratory to Joane, Diane and Danielle. They honed their skills — Joane, self-taught, literally learned to play music while playing music in it. Their own blend of modern poetry, free jazz and rock-in-opposition already took center stage on the LP Ravir. From the sextet featured on this first effort, the group scaled down to a quartet (with bassist Marie Trudeau as the fourth member) by the time of Simoneda, reine des esclaves. This line-up soon took the name Justine for three more albums (credited to the name of the individual musicians, La légende de la pluie can be seen as a collaboration between Justine, Zeena Parkins and Tenko) and the feminist discourse got gradually subsumed, making way for a growing playfulness that reached its peak on the phenomenal album Langages fantastiques.

Soon after the release of Langages fantastiques, the three girls launched their solo careers. Linguistic marvel and a rough delivery keep singer and saxophonist Joane Hétu close to the field of outsider art. First she formed her own group Castor et compagnie (with Labrosse, Jean Derome and Pierre Tanguay) which has recorded two albums of sensual and twisted songs in direct relation to Justine’s music. Later she turned to improvisation, first in a duo with her life partner Jean Derome as Nous perçons les oreilles (We Pierce Ears) and later solo with the intensely intimate album Seule dans les chants. She recently proved her worth in large-scale composition with her marvelous Musique d’hiver.

Toward the end of Justine’s life, Diane Labrosse traded in her keyboard for a sampler. After a solo album, Face cachée des choses, a duo album with percussionist Michel F Côté (Duo déconstructiviste) and a guest spot in the latter’s group Bruire (on Les Fleurs de Léo), she wrote a piece for improvisers (Petit traité de sagesse pratique) before devoting her time to improvisation. Parasites (her ongoing collaboration with Martin Tétreault) and Télépathie (with Aimé Dontigny) show how it is possible to handle a sampler with grace and sensibility.

Since the disbanding of Justine, Danielle Palardy Roger’s discography has been growing slowly — she’s very busy organizing concerts as head of Productions SuperMusique. Her children’s tale L’oreille enflée (featuring the voices and instruments of Derome, Hétu and André Duchesne among others) speaks to a young audience with an intelligence too rarely found in such projects. And Tricotage, her improv session with French bassist Joëlle Léandre, reminds us how refined her drumming can be.

In 1986, Joane, Diane and Danielle took a vacation away from Wondeur Brass to investigate the limits of the pop song format under the name Les Poules — The Chicks (Contes de l’amère loi, freshly reissued). Recently they reformed the trio, this time pushing the music toward a form of improvisation rich in subtle textures, blending quiet noise, active listening, and lyricism. Prairie orange is the first effort from this awaited return to collective work.

The presence within Ambiances Magnétiques of these three creators has attracted to the label other female artists with similar interests. The first one to join the roaster was Geneviève Letarte, who has recorded two beautiful albums of poetic songs (Vous seriez un ange and Chansons d’un jour). Lately, DAME’s catalog has welcomed performer Nathalie Derome, guitarist Sylvie Chenard, pianist Pui Ming Lee, along with Queen Mab members Lori Freedman and Marilyn Lerner who each delivered a solo album (À un moment donné and Luminance).

So, is musique actuelle a man’s world? Listen to these few hints and you’ll see for yourself. 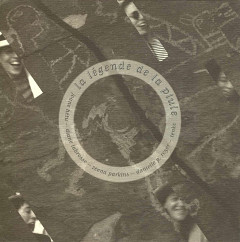