Need further proof that Quebec is a province pas comme des autres? At a time when jazz record labels and musicians lament lack of acceptance and opportunities, Ambiances Magnétiques, the longestablished, Montréal-based musique actuelle label has just set up a specific jazz imprint.

The reason is partially artistic and partially marketing, explains Joane Hétu, founder member of the AM collective, and artistic director of DAME, its distribution and marketing wing.

“Musique actuelle as defined by our community implies that the composer is also performer of his music,” she says, elaborating the philosophy that has guided AM since its inception in 1983. Yet with many of AM’s founders recently involved with projects honoring the compositions of jazz icons, such as bassist Normand Guilbeault’s new CD, Mingus Erectus, the need for a specific jazz label became apparent.

“Montréal’s jazz community is active all year long,” she notes. “With l’Off Festival de jazz de Montréal, a new Regroupement des artistes de jazz et de musique actuelle du Québec and a new interest in jazz from many musicians, now seemed as good a time as ever to support these artists.”

However, after having released more than 150 CDs, AM has established a certain reputation and market, the couple of jazz sessions previously released by the label “often ended up in the wrong sections in stores or in the hands of reviewers more interested in musique actuelle,” she adds. “Ambiances Magnétiques Jazz (AMJ) allows our jazz releases to be clearly identified, categorized, reviewed and marketed in the jazz family.”

Although AMJ’s first CDs — clarinetist Robert Marcel Lepage’s Pee Wee et Moi and reeds-bass-drums Trio Derome Guilbeault Tanguay’s The Feeling of Jazz are the others — came out at the same time as Mingus Erectus in late 2005, this clustering was “just luck,” she concedes. Each artist, an AM founding member, happened to have a project ready, although Hétu adds “having many releases over a short time period should help put our jazz label on the map.”

It’s too early to gauge AMJ sales, but like most of the label’s product, there’s a close correlation between live performance and a CD’s popularity. “It’s all about playing live,” she declares. “The more concerts the more sales.”

Among the 10 or so CDs AM releases each year, she expects that two to four will be jazz. But since AM is designed to give artists mastery over their work, it depends on what projects are offered to the label. Already scheduled for spring release is a trio disc by Quebec guitarist Antoine Berthiaume with bassist Michel Donato and drummer Pierre Tanguay and another by Italian pianist Gianni Lenoci’s Ensemble. Lenoci’s CD will be AMJ’s first disc by a nonCanadian. However since the parent label’s releases aren’t limited by geography, Hétu suspects AMJ will follow the same policy.

Again though, Hétu cautions that AM’s overriding raison d’être is to release, distribute and market CDs by its founding members or those recommended by a member committee. Busy with its own projects, AMJ won’t go out of its way to seek out new jazz talent. “We’ll leave the creation of a Canadian Jazz Idol to someone else,” she jokes. 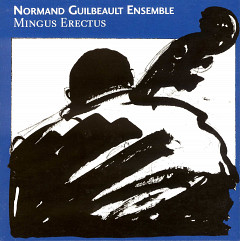