Of the three players on Leaves and Snows, only guitarist Antoine Berthiaume is known to me, from Soshin, a series of duets on Ambiances Magnetiques with fellow stringbenders Fred Frith and Derek Bailey.

Berthiaume is nearer to Frith than Bailey in his guitar stylings, and on Leaves and Snows he’s occasionally drawn to the tuneful end of the improvisation spectrum. Freedom Fried and Kawaidski for example, contain elegant, simple melodies and sound thoroughly composed, though they may not be, while Staring at a Western Time is suggestive of Hans Reichel mimicking one of Ry Cooder’s ‘lone guitar in the wilderness’ film soundtracks.

But enough of comparisons, they distract attention from a key point - the individualism of Berthiaume’s approach, something he has in common with Quentin Sirjacq (piano, sometimes prepared) and especially Norman Teale (electronics). These players already have a distinctive music that, for all its spontaneity, is conceptually rigorous and displays a true group sensibility. They aren’t garrulous or barnstorming players - the music they make is spare and exacting, cool but not chilly, and Teale’s delicate electronic soundscaping and sensitive interactions are remarkable for such a young and relatively inexperienced player.

Each of them brings something worthwhile to the mix, and Teale’s engineering and editing of the session is exemplary- this is one of the best-sounding CDs I’ve heard for quite some time. In her brief sleevenote to Leaves and Snows, Jöelle Léandre describes the music as “profound” and “lovely”, which sums it up rather well. Consistently attractive without ever lapsing into prettiness, Leaves and Snows is a great success. 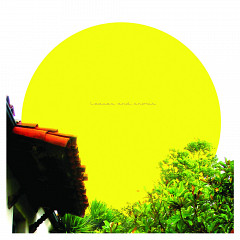