Like a train traveling up a steep hill, [literally speaking] Paul Dutton starts off his latest solo exploration Oralizations with a bang. “Wassum?” “Mat’s um?” and “Mmmm?” these are just some of the questions he poses in the opening piece Mercure. Paul reaches into the depth of the universe to articulate his language and wrap it into as many imaginable colours as possible. A piece such as Else expresses the desire for new words. [Then again, it could be just a need for better words.]

Over the length of an hour, he stretches his vocal chords and comes up with some of the most bizarre, the silliest [imagine werewolf and donkey imitations in the span of one track], the most painful and extreme sounds you’d probably heard in your life. Some of his sounds are somewhat reminiscent of Tuvan throat singing [it’s almost as if his stomach was talking to us]. Certainly, this can never bc taken as background music. Paul’s music begs for and demands your complete attention. There are too many minute nuances that are sure to pass you by if you had used it simply to multi-task.

I don’t know how Paul does what he does with his throat, and l’Il probably never learn the secrets of his trade, but here and now, Oralizations feels like Christmas morning, as I’m unwrapping my first present that I found under the tree. 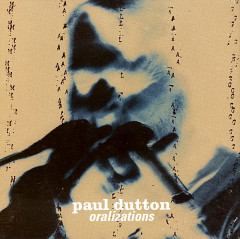 Oralizations
… he stretches his vocal chords and comes up with some of the most bizarre, the silliest, the most painful and extreme sounds you’d probably heard in your life.