The 19th annual Seattle Improvised Music Festival took place this winter over two week-ends in Febuary. This year brought a turning point for the festival, as the long-term orginizers turned over the reins to musicians newly very active in the scene, all of whom are directly or indirectly affialited with Open Music Workshop. Open Music Workshop (or OMW) is a relatively young entity, less than two years old, but has constitued something like a second wave in the improvised music scene in Seattle. This shift in leadership was reflected in the shape of the festival this year, which cast a wider net and included a broader range of approaches to music making.

The next weekend I also managed to catch Les Poules (Montréal) at Consolodated Works, a large warehouse-like art gallery and performance space. Les Poules have beon playing together for over a decade, and every passing minute of their long history and musical intimacy. Joane Hétu (vocals, alto sax) staked out a minimalist territory of voiceless fricatives and static noises, which she mined over the course of the performance. Diane Labrosse (electronics) explored a similarly focused territory, while Danielle Palardy Roger’s percussion poured out speechlike with orchestraly various gestures accumulating over time into a complex field. A drama of highly attuned listening slowly emerged full of simultaneous starts, frequent finishing of each others’ sentences, and sudden collective laughter. Occasionally, certain silences were allowed to move with grace to the center of the circle. 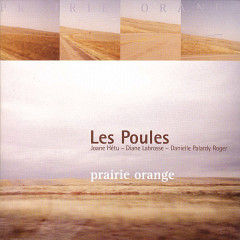